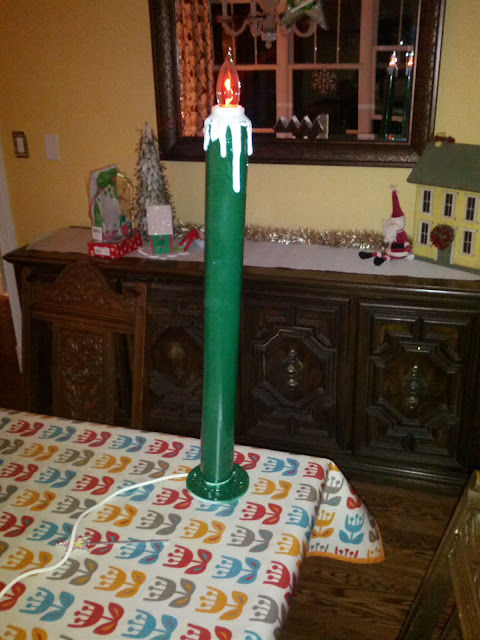 Last night, I finished up the first - of eight - diy outdoor candle lamps.  The inspiration and design came from Mrs. Martha Stewart, of course.

That's a two-footer there in the photo and I have four of those along with four three-footers.

I used 2" PVC pipe along with a 1.5" galvanized flange (the foot) and a 6" 1.5" (diameter) nipple to give it some stability.  The light is a simple IKEA Hemma fixture.

I primed the pvc with plastic primer than sprayed the pipe green.  Due to the low temperatures and the fact that our detached garage isn't super warm right now, it took quite a while to cure.  I brought them inside and within a few hours the paint had set up.

Once that happened, I whipped out the hot glue gun and drizzled big globs of glue down the sides to replicate some faux candle wax which I painted white.  I topped it with a flickering bulb and it turned out great!

I have the other seven to hot glue/paint white then to make a platform for them.  I'm planning on putting them on our front steps heading up to our front porch.  Tonight, I'll paint the rest and hopefully before long we'll have them outside lighting up the night.

Here's a close-up of the flange/nipple set up.  I'll screw these down to a wood platform to provide even more stability. 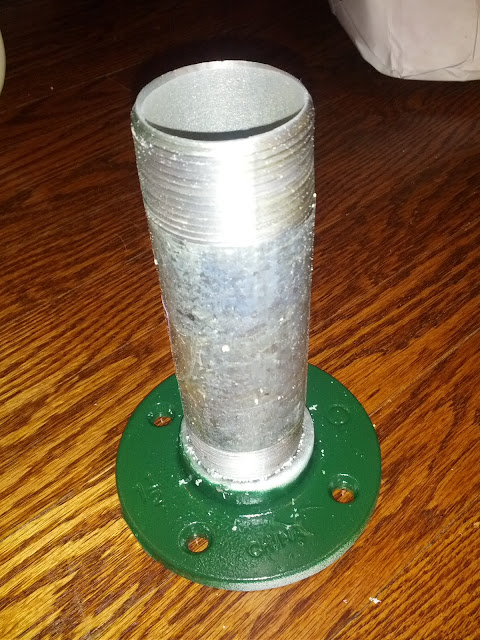 This is what the pipe looks like after it is painted/primed but before the 'melted wax' was applied. 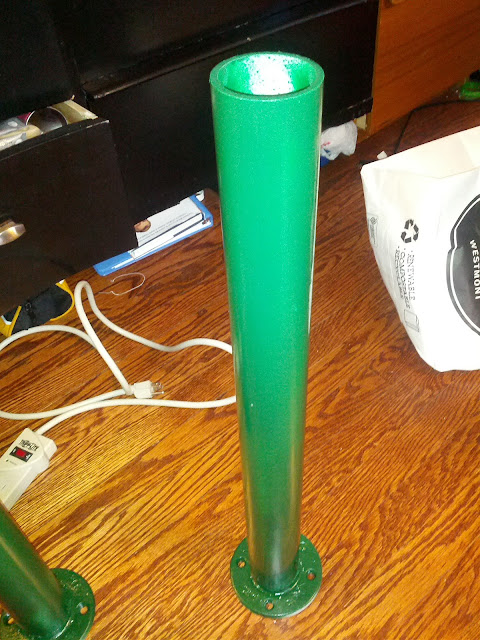 Here's my first stab at the 'melted wax'.  I painted the pipe white at the top before I put the glue on.  That turned out to be a bad idea.  So, I quickly sprayed the whole top green again before painting it white. 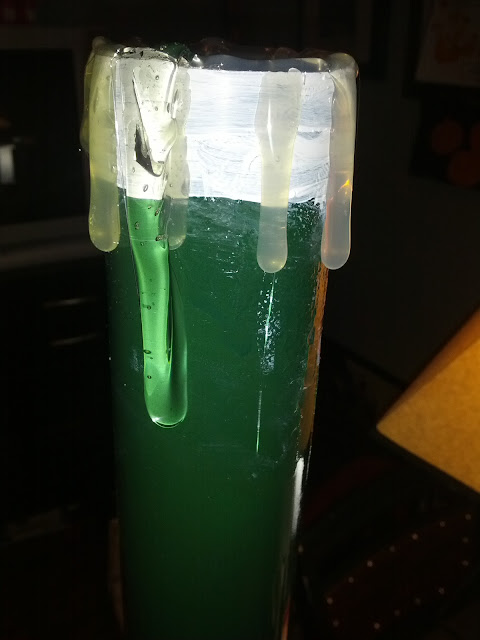