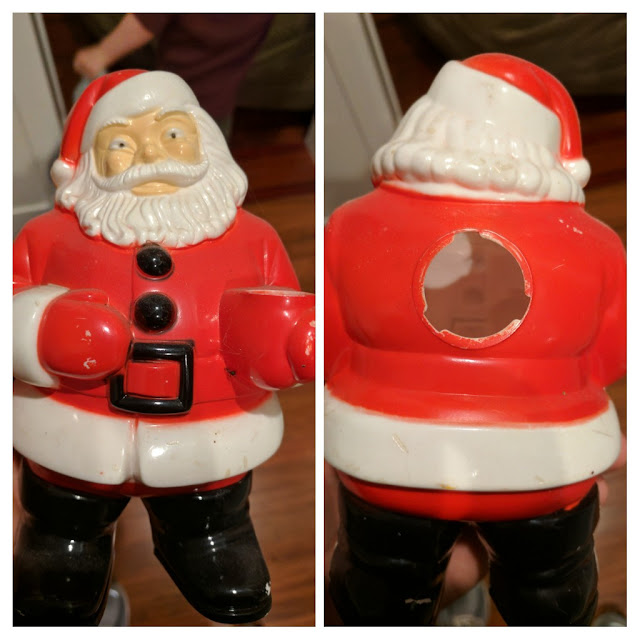 Earlier this fall, I stopped at a yard sale up in Twin Lakes and saw this Santa on the table with an asking price of $0.25.  Couldn't pass him up.  Mostly because I liked him, but also because I thought - at the time - that he looked just like a Santa that sits on my inlaws counter in their kitchen at Christmastime.  There's a story involved, but I believe that the Santa in question (the one on the counter in Naperville) is from Nat's Dad's childhood.  So, it is loved.

This one, looked just like it.  But had better paint.  I brought it back and figured there was no better home than with Nat's parents.  I mean...it was just a quarter, so if it got thrown out, that's not the end of the world.  But, they loved it!  And confirmed that it *is* the exact same one they have at home from Granddad's childhood.

I've looked around and you can see on eBay that the mug that he's holding in his hand holds a bulb in some cases.  Not sure, exactly, how that would happen because this one isn't threaded and you can see the back that there's a spot to hold a clip-in bulb.