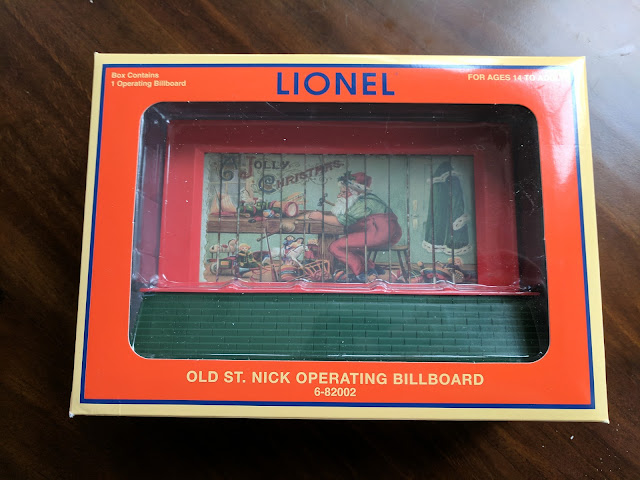 Yesterday, I posted a photo of an operating log dump car that I picked up for a Christmas present this year and mentioned that I scored a few operating accessories for the boys.  Above, you see one of those accessories in the Old St. Nick Operating Billboard.  This is the first time I've bought an operating billboard from Lionel but I know the basics:  there are two scenes that alternate in between by the rotating of the slats on the billboard.

The official product listing on Lionel.com show the two scenes and you can see them on the back of the box below.  For each of the boys that I've bought one of these for, I've been buying them boxcars/operating cars and/or track pieces/bridges/switches every year since they were born, so I figure they have enough rolling stock.  To keep their attention, they need operating accessories, right?

And, like me, they only haul out their layout for the holidays and keep a holiday train so the St. Nick piece seems appropriate, right? 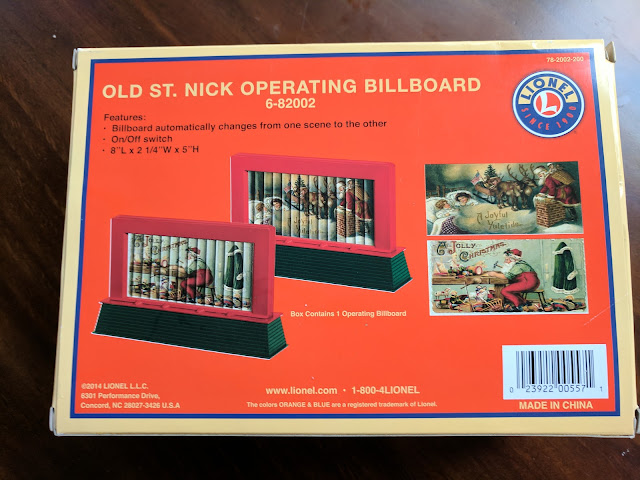 This operating billboard was on the less expensive side and while isn't super realistic, I think will add some dimension to their layouts.  I should have picked up one for our own Mantleburg line! 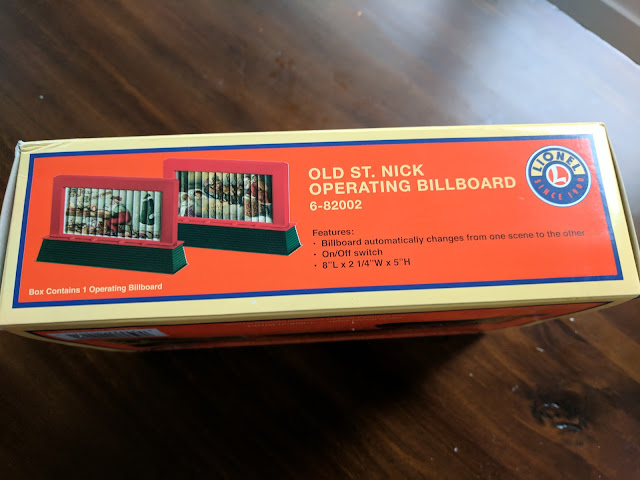 I've mostly stuck with Lionel for the boys/men in the family because that's what my Dad always ran and what he gave me.  But, the more realistic illuminated billboards from MTH like this Miller High Life one certain make me pause and think about going that route for the Mantleburg line.  Or maybe we'll have to make a custom billboard for Mantleburg like this one?
christmas presents lionel lionel trains mantleburg mantleburg line nephews o gauge operating accessories santa St. Nick