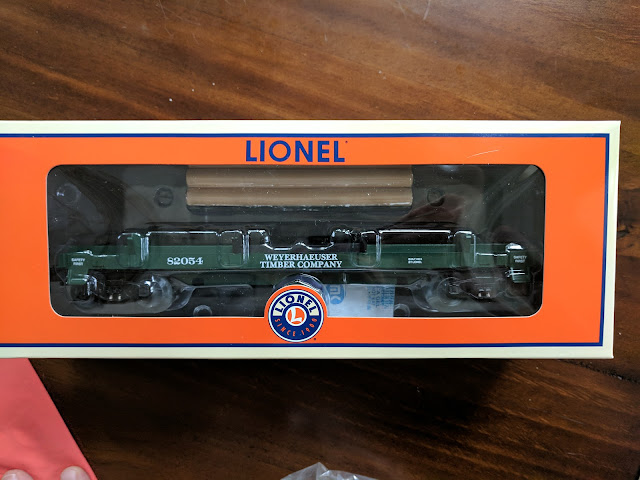 Late in August, I went in and did my annual pre-Christmas shopping of the pre-orders for Lionel O Gauge trains at TrainWorld.  They have a section set up for Lionel that includes in-stock items and a bunch of pre-orders from the 2017 catalog.  The pre-orders usually show up late in the fall - sometime around Halloween - so I typically try to get my order in by September to ensure that they get the pieces on hand in time for the holidays.

Last year, my pre-orders came in on varying dates and included a bunch of Disney-related cars like the Winnie the Pooh boxcar, a Dumbo 75th anniversary boxcar, a Pluto walking brakeman car, and a Buddy the Elf car that arrived in February.   In 2015, I pre-ordered this "Where the Wild Things Are" boxcar for one of the boys.

Each year, I buy the boys in the family a new Lionel item and this year is no different.  However, there are a few new folks added to the Lionel list (one because of birth and one just because) and since I've been giving away cars every year, I thought I would mix it up with accessories this year for some folks.

But, when I was over there shopping for some holiday-related pre-orders, I also went into the sale section for Lionel on Trainworld and came across this operating Log Dump Car that you see above.

Here's the side panel of the box with the description of the car: 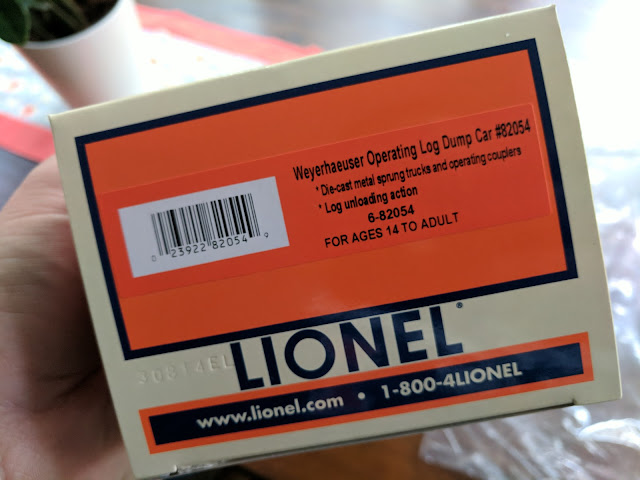 And here's a closeup on the date stamp that shows this one was from 2015. 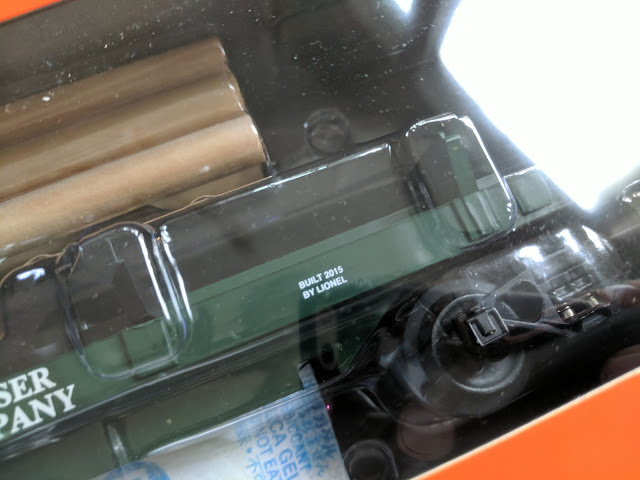 This car is destined for one of those 'new' members of the Lionel list.  It will be the first car he gets and I'll try to mark it as such inside the box.  I'm actually not certain that he's able to read the blog, so the secret is safe with you guys, right?  Also...With this shipment, I scored a few accessories - that are Christmas themed - that I'll post photos of those later this week.  Those are destined for a few of the younger boys in the family.
lionel lionel trains model trains o gauge operating cars railroad trainworld