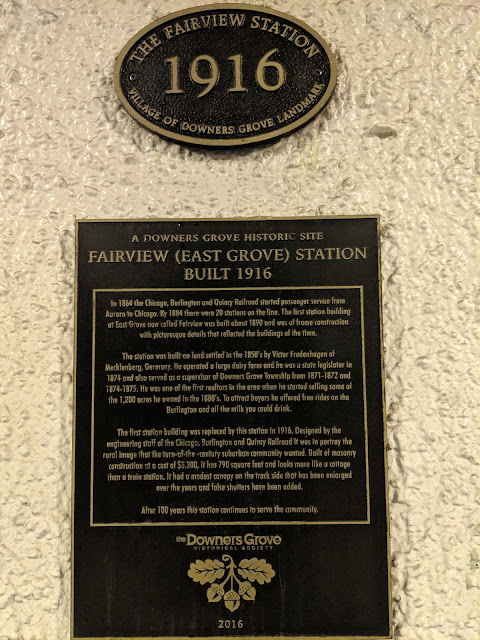 I just noticed these two plaques on the Fairview Avenue Metra Station in Downers Grove.  The bottom one says 2016, so it has been there for some time.  But, perhaps the top one is newish?  At least, I've never really noticed it despite walking by it a few times a week.

They both mark the same thing:  the station as a 'landmark'.

I found this set of minutes from the Village of Downers Grove Village Board that recommended a resolution making the station a "Landmark Designation".

Here below is a closer look at the story in the bottom plaque: 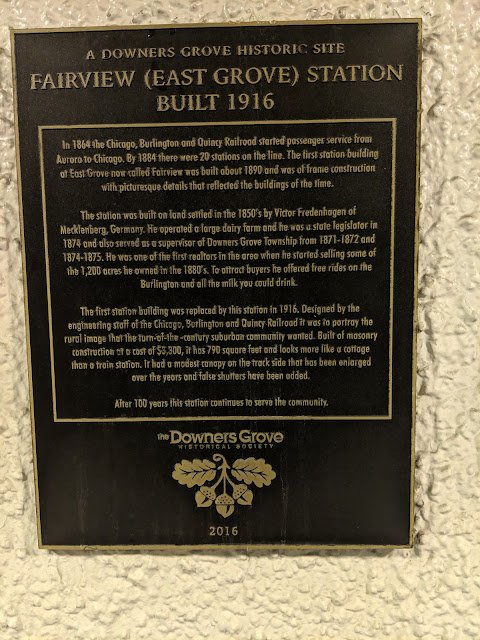 If you read closely, you'll see that this isn't the original station, but was built in 1916.

I'm a little bit 'get off my lawn' on this landmark status.  Have you seen the Fairview Station?  Go look at it here in all of it's stucco glory.

I love me some old, vintage buildings.  But it isn't the original station.  And now we've effectively handcuff our government into NOT changing this station.

If you dig into the Village Board minutes, you'll find references to the original station.  It was called the East Grove Station.  And it was better looking than what we have now: 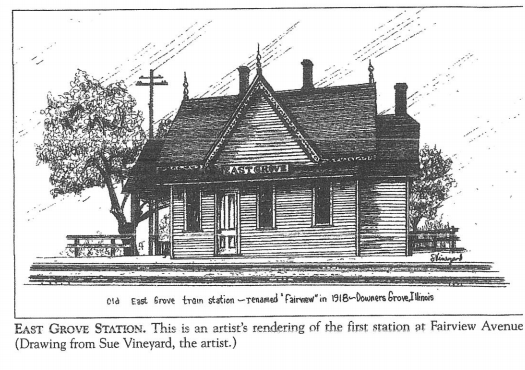 Are we now just landmarking old things?  I know I'm new to Downers Grove and there is some very recent controversy about tearing down old buildings like this Queen Anne-style Edwards House a few years back.  But, it seems like the reaction to that is to just glom on to *old* buildings and slap a landmark label on them.

What do we get out the landmark status of Fairview Station?  The ability to not improve it in any significant way?  Probably.  Look at Elmhurst.  They had an old station (not nearly 100 years old) and were able to work their way towards a $10M grant to improve the station and the underground access.

But, But But, you say.  We have a "reminder of Historic Downers Grove bucolic qualities", you say.