Back in July, on a whim, I bought a small Lady Fern from Home Depot and decided to plant it in the bed adjacent to my Ostrich Ferns a couple of weeks later. The fern was looking very healthy when it went in near mid/late July.  But, then something happened.  It went from green and healthy to dry, brown, limp and seemingly dead.

It felt like that transformation happened one day.  I was looking at the fern one day and the next it was dead.  I panic'd and grabbed the hose and soaked it.  Then I applied some wood chip mulch around it and watered it again the next day and the day after that.  A week later or so....I saw some new growth.

Since then, I've watered it and tried to keep it going.

Today?  This is what it looks like below.  It seems that between the water and the cooler temperatures, this Lady Fern seems to have recovered. 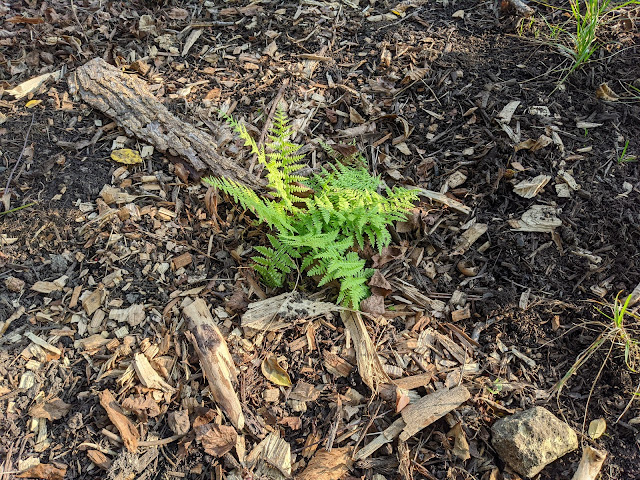 Will this recovery be enough for the fern to establish itself and prepare for the coming Winter?  We'll know next Spring.