This photo is from Tuesday, April 20th.  When, we had snow.  And two straight nights of below freezing temperatures in Northern Illinois.  I was totally unprepared for these temperatures, but thanks to Nat's quick thinking, we grabbed a couple of sheets of floating row cover from Amazon that had 'Same Day' delivery.  I unrolled them, covered a bunch of things that I've recently moved (the Fanal Astilbes, a bunch of random Peonies, some new ferns and hostas and an impulse-bought Japanese Maple.

You can see the snow coming down in the photo below: 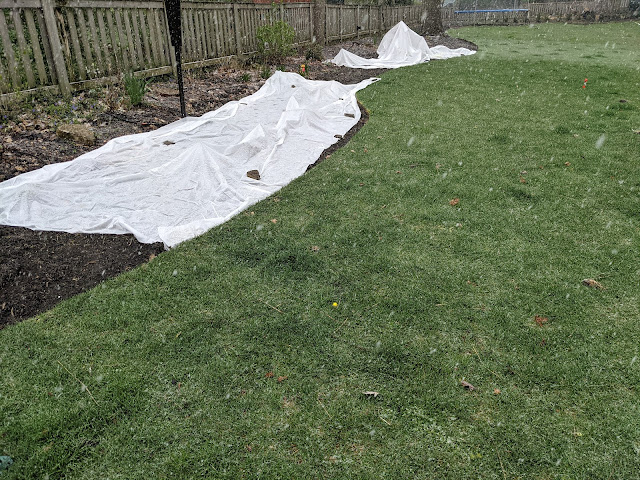 I went out the following morning (when the temperature was still below 30 degrees) and found my tulip blooms looking not so happy: 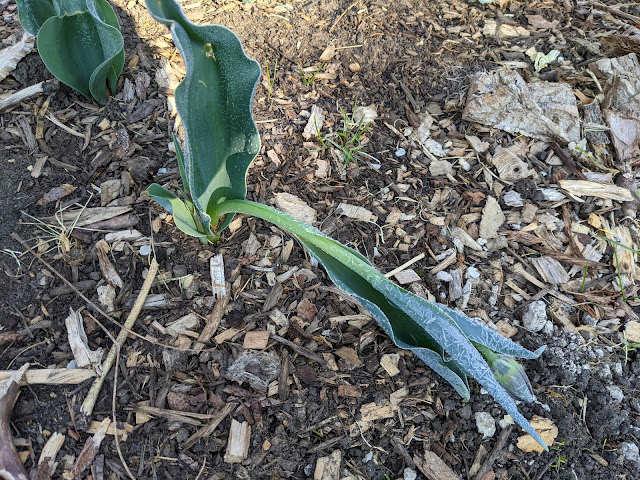 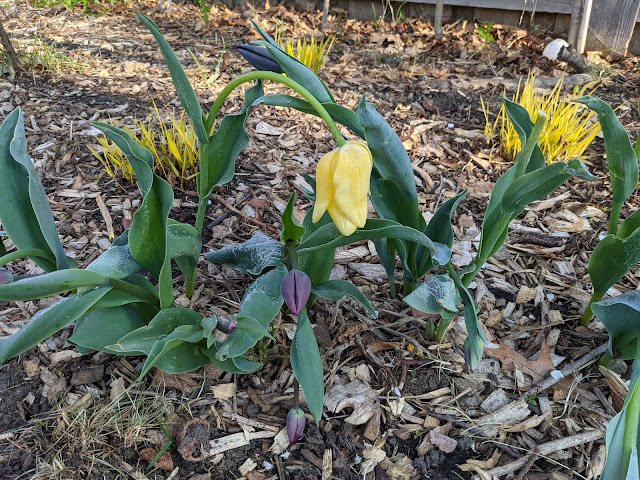 I'm guessing that we'll have a much shorter season of tulip flowers this season, but by the afternoon - when the temperatures had risen to the upper 40's, they mostly seemed to bounce back.  Some of the flower petals had dropped, but nothing like what happened with the Saucer Magnolia out front - where everything immediately went brown and dropped.

(also...one little note:  if you look at the photo above, you'll see some of the All Gold Japanese Forest Grasses that I planted last Fall.  They look awesome showing up against the darker green of these tulips.