Posted by Jake Parrillo on July 17, 2010
The new Transformers movie is shooting in Chicago this weekend and it is making big news - as evidenced by this pretty cool photo on the homepage of the Chicago Tribune and the updates streaming in via Twitter. 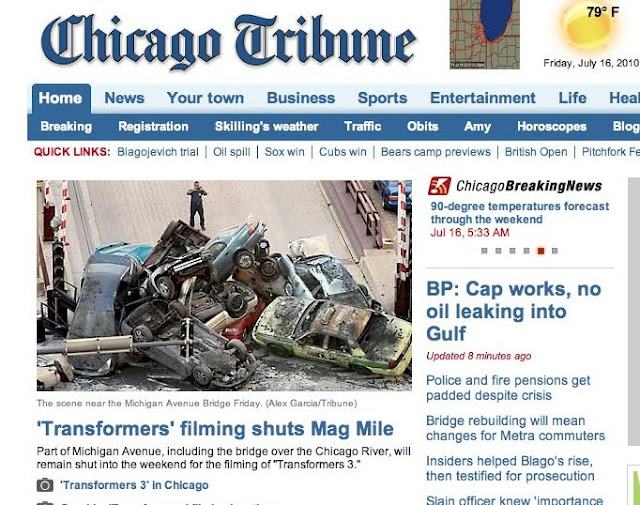 On Thursday, I was walking back from lunch with Matt at Venice Cafe (my favorite place to lunch in the City!), I spotted a bunch of rubble in a vacant lot across from the Billy Goat in the 300 block of West Washington (lot below from Streetview).


View Larger Map
Back a few years, they used this same lot to stage lots of Batman equipment - including a bunch of trailers.  I was either working at FeedBurner and walking from LaSalle Street Station or at Google and walking from Union Station (when we lived in Naperville) and was always excited to the new items and movement in the lot.  This is what it looks like today:  full of faux rubble. 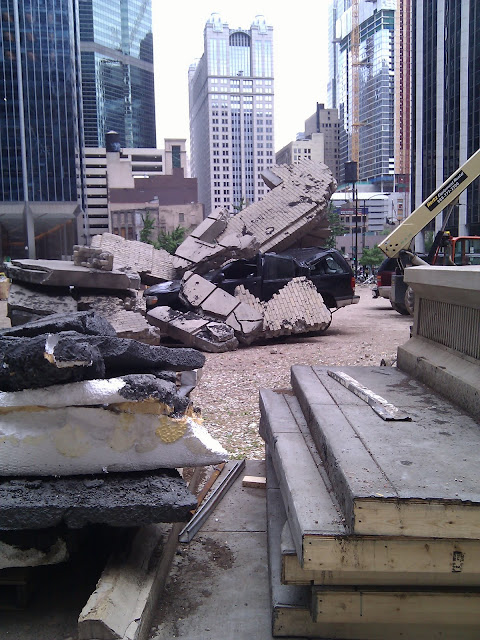 You can see the Ford Explorer crushed under what appears to be concrete.  Maybe the Illinois Film Council is helping secure this lot for the movie productions?  There aren't a lot of empty lots in the central loop area, so if this site gets built upon, will Chicago loose an important advantage in luring these films to town in having an area to stage their supplies/props/trailers/etc?
chicago daily movies