Posted by Jake Parrillo on January 05, 2011
Last week, I went to our Sears Essentials - which is really just a KMart - to pick up an ornament box. These are tubs that have special dividers that allow for an orderly packing of all of one's ornaments.  Unfortunately, they didn't have any.  The guys there said that I had to go to an *actual* KMart, not just one dressed up as a Sears Essentials.  Bummer.

But...as I was nosing around the holiday section, I came across their Christmas Village display.  And...what did my wondering eyes did appear, but a bunch of heavily discounted buildings from Lemax and Department 56.   Lots of them without boxes, some with boxes, but ALL of them at rock-bottom prices.  I'm just a novice when it comes to this whole Christmas Village deal, but the structures that Sears had on display weren't the same as the ones at Menards. 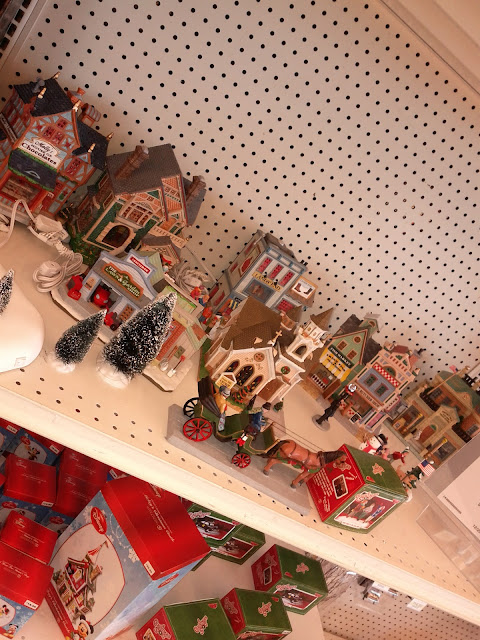 I made a promise to myself that I wouldn't go crazy and buy up a bunch of buildings but this stuff was cheap.  Really cheap.  Especially the ones without boxes.  And the best part?  They had a few different Department 56 buildings from The Christmas Story series including the Chop Suey Palace restaurant and Pulaski's Candies. 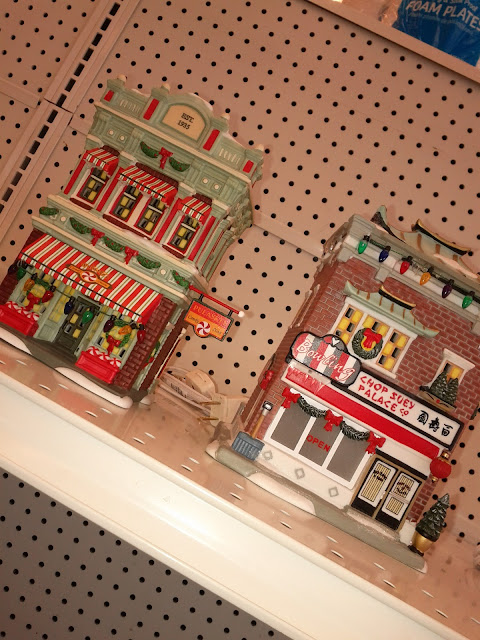 Not to mention a bunch of figures, trees, fences, lights, and more.

But...I didn't buy a single one of them.  If I did, I think I'd be turning more towards hoarder and less towards "collector" of sorts.  Don't you think?

But...the temptation didn't end when I walked out of the store.  Turns out, Sears has put ALL of their buildings on sale.  Good prices, too!  Maybe just one wouldn't hurt.  Right?
christmas christmas village holidays mantleburg shopping