Posted by Jake Parrillo on January 14, 2011
**NOTE**  If you're looking to make your own version of this dressing, you should check out the recipe I posted back here:  Lou Malnati's Salad Dressing Recipe.

I didn't catch a price, but I did catch a photo of the ingredient list. 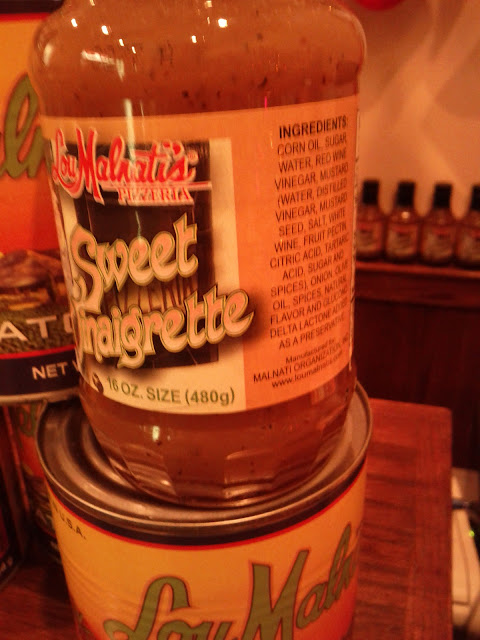 Hmmm...comparing that to the Lou Malnati's salad dressing recipe, it seems that there are a few differences.  First, the bottled dressing uses corn oil (listed first) and olive oil (listed way down), while the recipe posted in the Tribune back 40+ years uses olive oil.  The bottled dressing also has mustard, "natural flavors" and a few different preservatives (Delta Lactone?) which I presume are necessary to make this stuff shelf-stable.

In a pinch, I think the store-bought stuff would be great, but if you have the time, why wouldn't you make your own?
daily dining out pizza