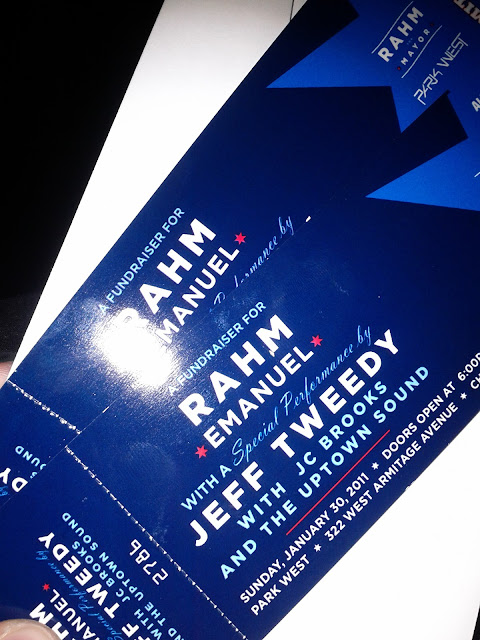 Nat scored us tickets to see Wilco frontman Jeff Tweedy perform at a fundraiser for Chicago Mayoral Candidate Rahm Emanuel on Sunday night.  We had general admission tickets which didn't guarantee us a seat, but we arrived shortly after the doors opened and snagged GREAT seats at the counter by the bar.  Unobstructed views and close proximity to the bar plus a seat = suburban dad's dream concert set up.

Rahm showed up a bit after six pm and went about greeting people.  I have to give him credit:  he worked the room - and not just the high dollar tables.  He was back by the bar where we were sitting (I even got to shake his hand!) and glad-handing with us mopes.  Total retail politics.   (shhhsh!  Don't tell him that we're not voters and we live in the suburbs!) 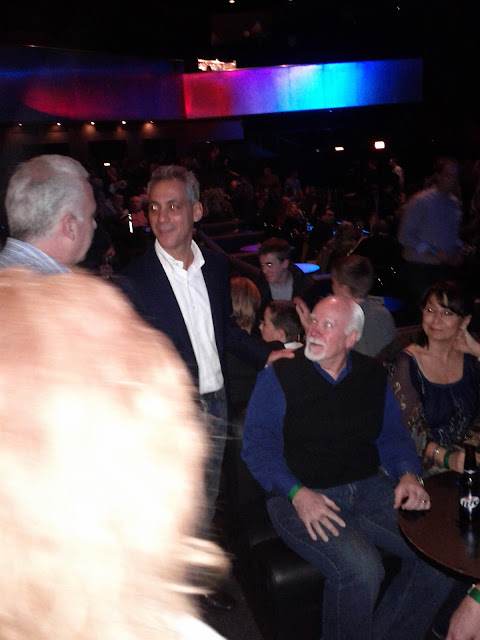 Jeff Tweedy came out - disheveled as usual - and performed seven songs in just a bit under an hour.  He played one new song, a few recent songs, and a few older songs (New Madrid!).  Apparently the campaign sent him an email with "Rahm Requests" - which included "Jesus, etc".  After playing it, Jeff said, "That should be good enough for Tweedy Boulevard!" 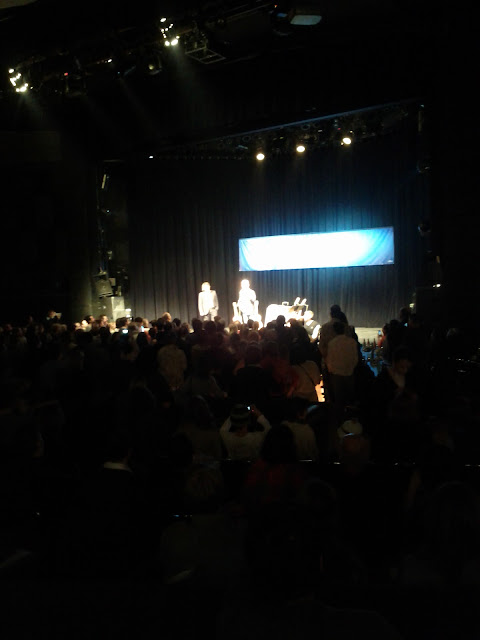 Jeff's performance wasn't spectacular - he admitted he didn't prep much - and once you see the full Wilco experience, a solo acoustic Tweedy show isn't nearly as much fun!

For me, the opening act - JC Brooks and the Uptown Sound -stole the show with a great performance of a Wilco song.  Jeff Tweedy even came out and sang along with them.  Apparently, this wasn't their first time playing the song: