Posted by Jake Parrillo on March 20, 2011
I spent a part of past week up in Minneapolis where - in addition to reminiscing about my days of selling drywall screws in the Twin Cities - I also spent some time with reporters teaching a "Google 101 for Journalists" at the Minneapolis Star Tribune.  Like other papers (Hello, Chicago Sun-Times!), the Star Tribune started as two independent Newspapers called the Minneapolis Star and Minneapolis Tribune.  Interestingly enough, their building reflects those independent roots.  Notice the "and". 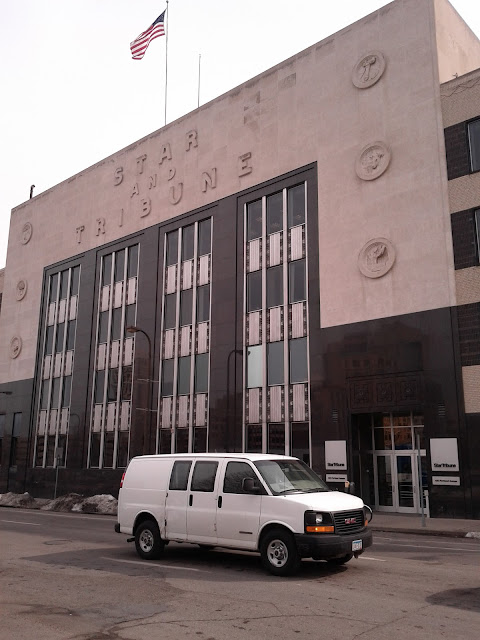 Still not as cool as the Columbus Dispatch sign, though.
daily google travel