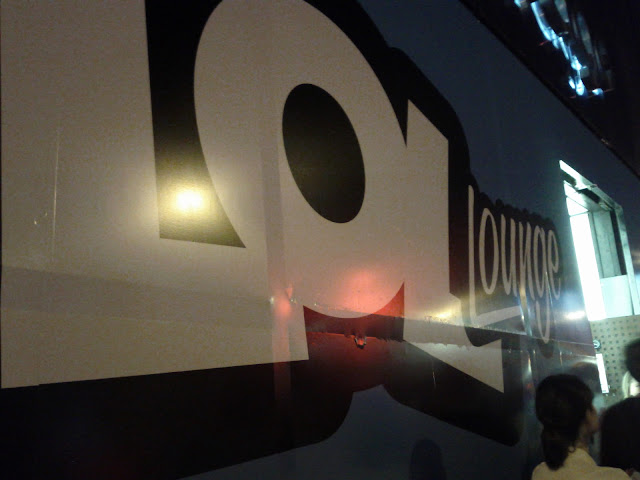 Last night, Nat and I dropped the Babe off at her folks house (Thanks Grammy and Granddad!) and went downtown to knock a pizza place off our the top 25 list (watch for a post on that later) and to see a stand-up show that was part of the TBS Just for Laughs Comedy Festival - which takes place across a bunch of clubs in Chicago.  The Just for Laughs folks got started up in Canada - which is (in my mind) the second best place for comedy behind Chicago.  They started this festival in Chicago - a companion to their one in Montreal - a few years back.  Nat and I have talked about going each year, but something always came up.  This year, we took the plunge and bought tickets.  As we walked out, we both noted that we should try to get to even more than one show next year.  This is a great thing for the city and based on the fact that a lot of the shows were sold out, it is well supported.  The headliners are Martin Short and Steve Martin who are playing on Sunday so they were able to get some big names.

We were able to get tickets to the TBS LOL Lounge hosted by Christian Finnegan.  That's him in the photo below.  We got there right when the show was supposed to open, so we didn't have what I would call 'prime' seats. 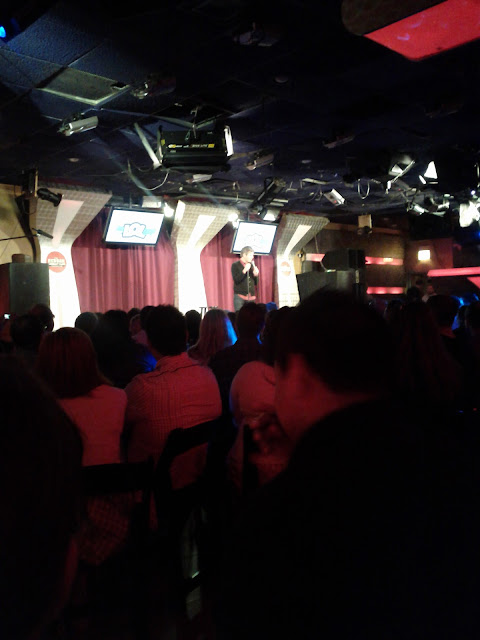 The show was at the Red Bar Comedy Club - which is inside of a nightclub and I *think* ends before the folks with the glitter and glow sticks show up.  So, it is a nice use of the space, I suppose.

In addition to Finnegan, the bill included Brian Babylon, Colin Jost, Melissa Villasenor, Shane Mauss and I think one other guy.  They were all pretty funny, but Colin Jost was the best.  He's a writer on SNL and that's why Seth Myers (of Weekend Update fame) was in the crowd.  He split as soon as Jost's set was over.  Myers wasn't the only notable name there, though.  We saw - and I had an awkward exchange with Kristen Schaal - who you know as the only fan of the Flight of the Concords.  We were walking out and I spotted her as she was walking toward us.  I guess we were a bit closer than I thought because as I turned to tell Nat that she was here, I also pointed in her direction - which because we were both walking towards each other ended up with my hand just about one foot from her face.  She smiled and kept moving, but Nat said that I shouldn't point at folks.  I guess I just don't see that many celebrities*, eh?

* Are Seth Myers and Kristen Schaal celebrities?  I think they are, but there might be some room for debate, so that's why I left the asterisk in there.