Skunk in the Raccoon Trap 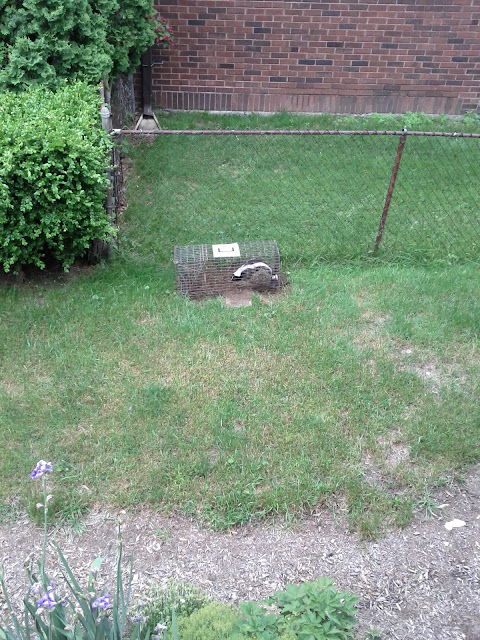 It is with mixed emotions that I can report that we caught a skunk in our raccoon trap overnight.  The raccoon hasn't been using my garden as his toilet for more than 10 days, so I moved the trap out front to where I last saw the raccoon - in an attempt to catch him.

Instead of the raccoon, I found Mr. Stinky in the trap.  As most of you know, I'm Mr. Anti-Skunk so this is kind of a feather in my cap, but seeing him in the trap makes me kind of sad.  The grass around the cage is all torn up, so he fought like heck to get out and when I found him in the morning, he was mostly just laying there, tired.

One less skunk on the streets of Elmhurst is a good thing, but now that the trap has been taken away, I'm almost certain that the raccoon will show back up again, won't he?
critters daily raccoon