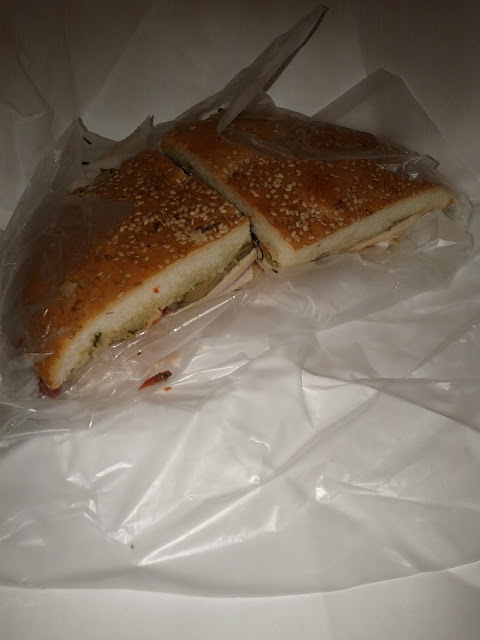 Central Grocery is a small Italian grocery store in the French Quarter in New Orleans.  I was down there this week for a conference and this was on my 'NOLA Bucket List' as this is the HOME of the original Muffaletta sandwich.  These beauties are stuffed with cheese, salamis and most importantly: olive salad.  I've had plenty of Muffalettas and I don't know if it was because I was eating this one in the store where it all began - but this was the *best* sandwich of it's kind that I've ever had.

The store itself isn't much to look at.  It really is a grocery store with canned/jarred products everywhere. 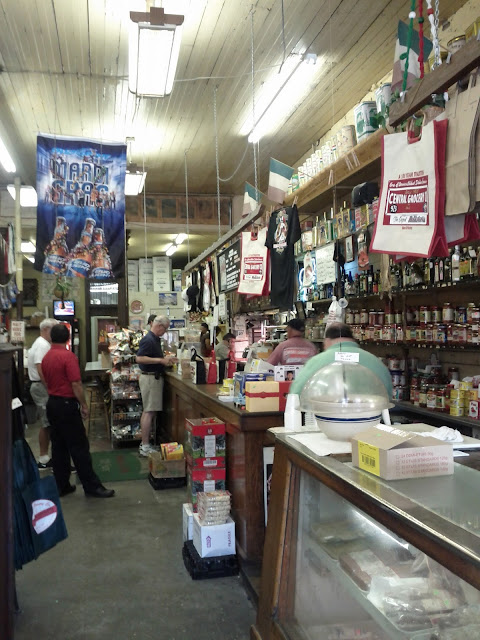 Nat and I had a discussion about this type of place (the sort of local 'food touchstone' that tourists seek out - like Pat's/Gino's in Philadelphia or Uno's in Chicago).  Do you think that they had some great PR person back in the day who got them in travel books (before the web) and then it sort of self-propagated itself?  Or...do you think that this type of thing just happened organically?
dining out new orleans sandwiches travel