Taking Back Our Yard with the Mosquito Magnet 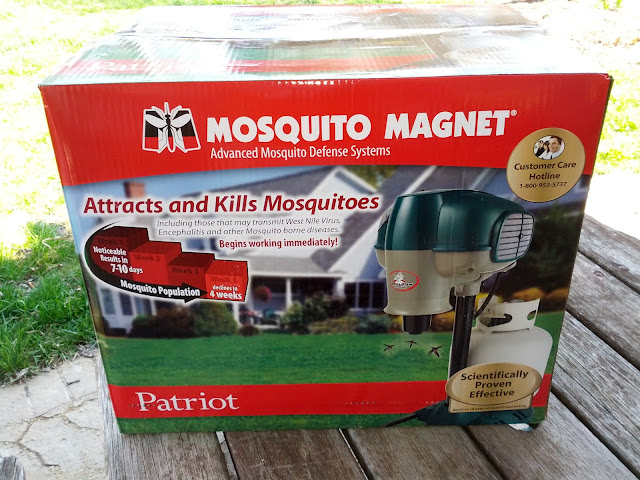 Last year, we found ourselves coming inside after dusk due to the bugs going crazy with the biting.  That fact, coupled with this crazy warm spring and the dire warnings around the planned mosquito population boom convinced me to take the plunge with the Mosquito Magnet.  Since it is so early in the season, I had to have the guy at Home Depot come by with his forklift to pull the box down from deep storage, but I brought it home this afternoon.  We'll have it set up today and with some luck, we'll have a solution to our problem, and more importantly: our backyard back.

I read the reviews and while they're mixed, it seems that if you utilize the Magnet in the right way (it needs to run constantly, not just something you flick on when you are sitting outside), it can effectively disrupt the lifecycle of the mosquitos.  As the box says, there will be some results in just one week, but the larger impact happens 4 weeks (and beyond) after installation.  It runs on a mixture of propane and octenal which both need to be replaced ever 21-28 days.   Thus this isn't a cheap proposition to solving the mosquito problem.  Figure somewhere around $20 for the can of propane and $7 for the octenal refill.  That means we'll be spending somewhere around $30 a month for the better part of six months.  Not chump change.  But worth every penny....*IF* it works.
backyard daily