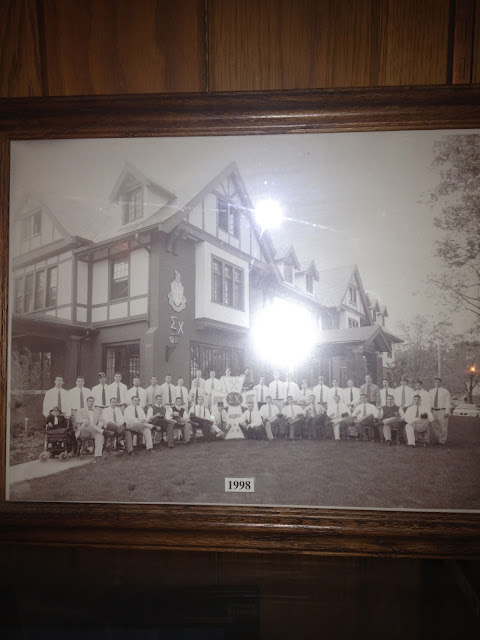 My buddy Neil found himself down in Champaign recently and he stopped by our old Fraternity House.  In the Library, he found this photo that we had taken back in the Spring of 1998.  We were sophomores and I *think* this was taken on the day of a party called "Miami Triad".  There were a few of these photos that were hung in the library that were vintage - from the 1950's and 1960's, so we had the idea to get one done in sepia tone to make it look vintage.  We even stuck the retro Sigma Chi Cross in there like they did in the old photos.

That's me crouching just to the right of the big cross.  I *think* I have a cigar in my mouth.  Neat to see some of these guys that I haven't seen in years.  We had more fun that we should have in that house.  Nat and I are heading down to Champaign soon ourselves.  If there's time, I'm sure we'll stop by the house and poke around a bit.
college daily