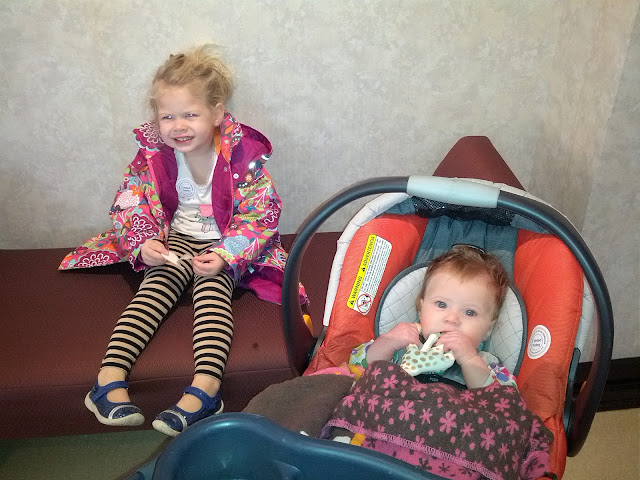 This morning, Nat and I took both of our girls to vote at Elmhurst City Hall.  And...I'll have you note that I took both girls into the booth with me so they can see the *right* way to cast their ballots.  In Illinois, that typically means voting for losers.

They were both incredibly well behaved!  As a result, they both got their "I Voted!" stickers.