Oh, Squatty Potty...How I Adore You 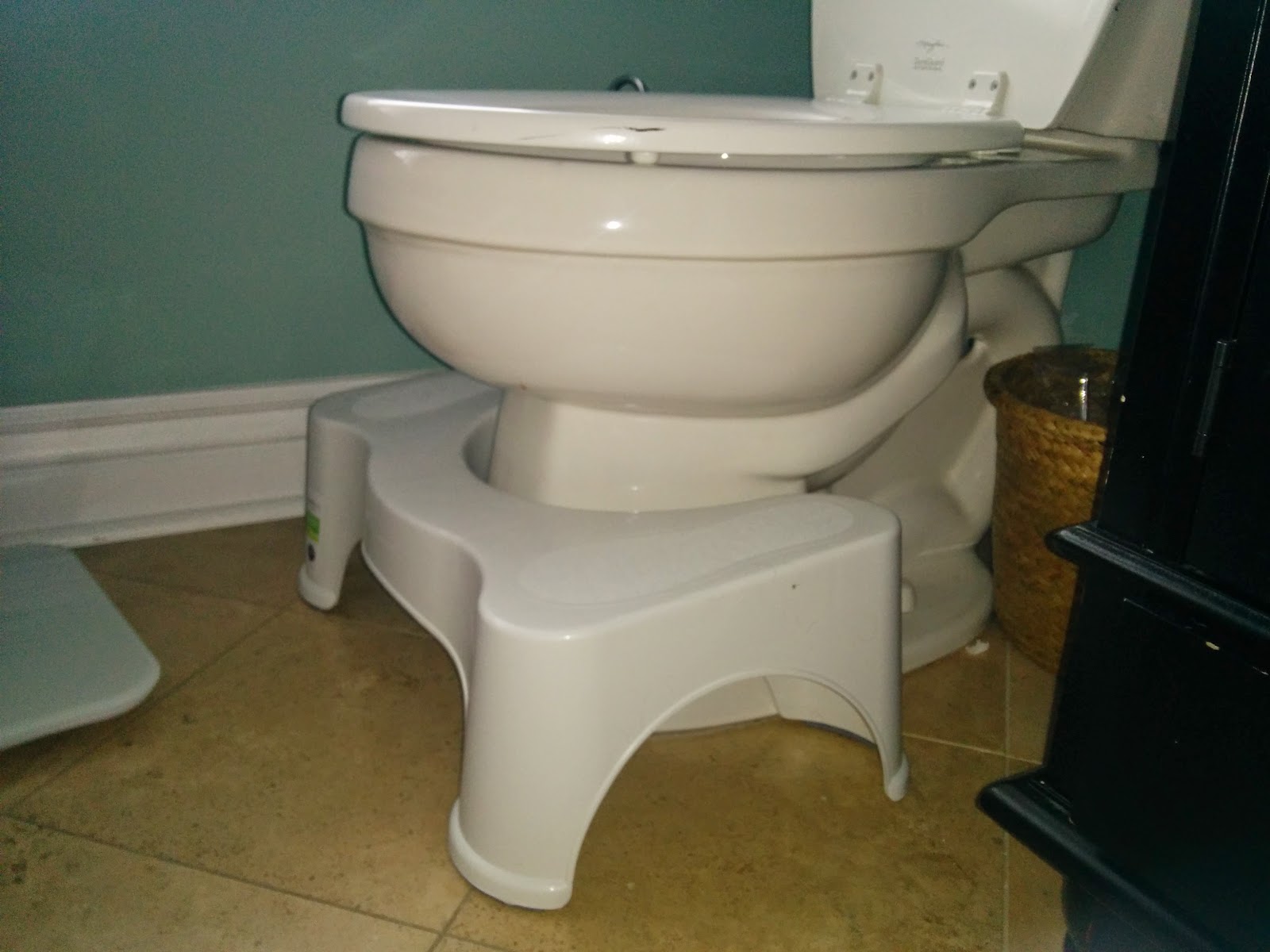 I participated in the Reddit Secret Santa gift exchange this past Christmas season and was matched with a woman in western Massachussets who was a foodie/cook.  I bought her the Flavor Bible based on her profile.

My Secret Santa had sent me a note before Christmas saying that my gift was delayed because it was on backorder.  I waited and waited and waited.  In fact, Reddit bugged me to mark my gift as 'not received' because I think they wanted to close down the exchange and re-match folks.  But...my Santa was persistent.  At first, I thought I was getting scammed.  That...this dude was just emailing me to cover his rear in the Reddit system but that I was going to get shut out.  But...what was in it for him?  He could have just used (as I did) a throw-away account and moved on.

He emailed me a few times saying that things were on their way and then last week, he finally delivered a UPS tracking number.  So...he was legit.  My Secret Santa gift was on the way.

When it arrived, I was shocked.  I opened it and guess what?  A Squatty Potty!  Yes.  A Squatty Potty.  Natalie has forbid me from getting one on my own.  She thinks that they're just plain gross.  And...they kinda are?

But..being a loyal Howard Stern listener, I couldn't sit back and listen to him everyday talking about how he uses the Squatty Potty without wanting to try one.  Now, I can.  And it was spectacular.

Don't believe me?  Check out this Amazon review for one guy's take.

So...you're probably wondering how my Secret Santa knew to give me a Squatty Potty?  I did too.  I was genuinely puzzled that this stranger picked out something that I wanted.  Then...I went back into my profile and there it was.  I mentioned it.  Guess it wasn't that hard to figure out what I would have liked to get!