Soupman Soup: (No) Soup For You, Menards! 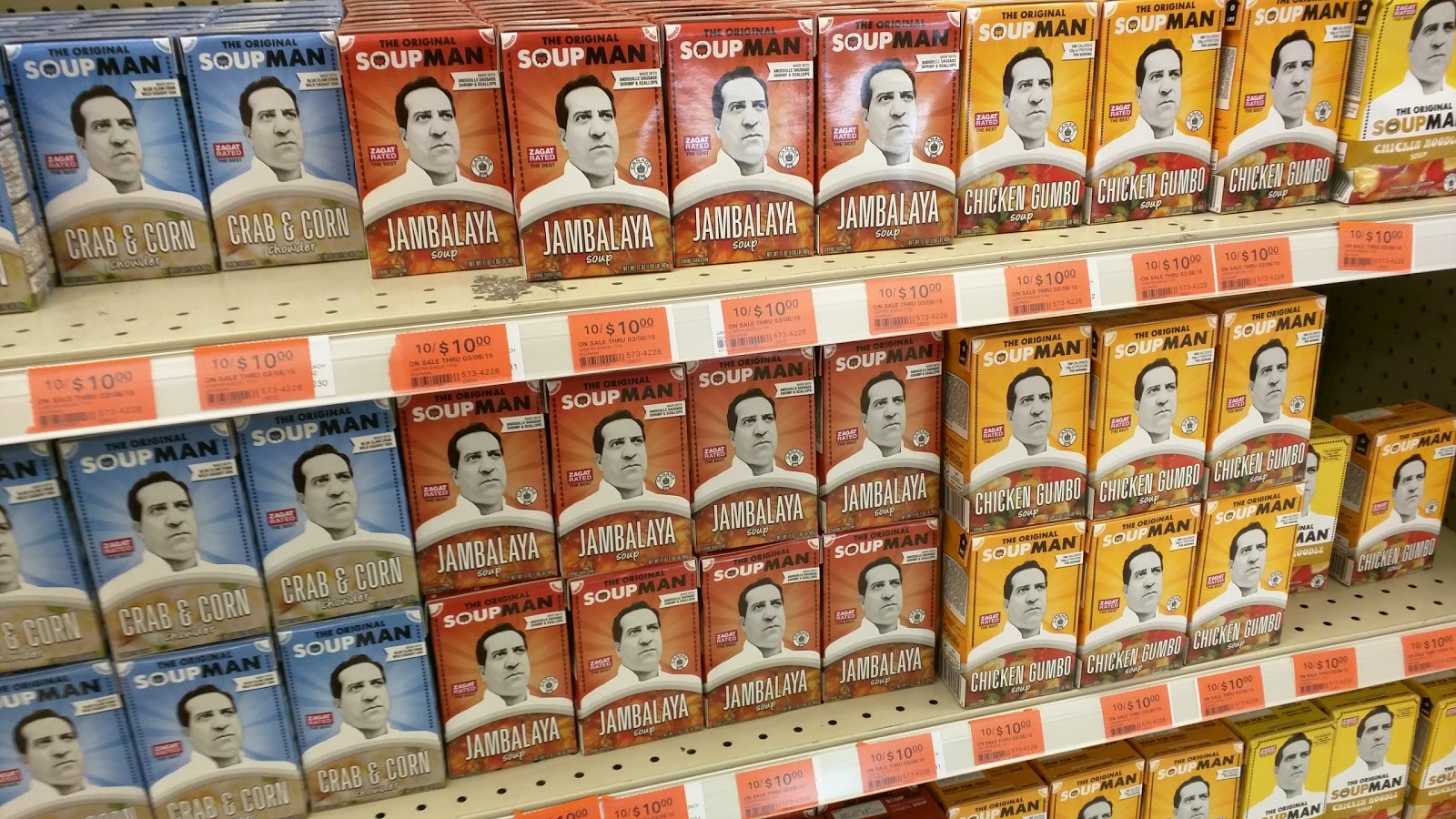 The Soup Nazi has shown up at - of all places - Menards.   And it is on sale.

But, either the package designers are lazy or they're super savvy.  Why?  Because...check out the photo below:  they mention the show, but call it "Sinefeld", not "Seinfeld".  Typo or purposeful typo so they wouldn't have to deal with royalties/copyrights, etc?  Guessing....just plain 'ole dumb mistake.

You can see from the photo below that the Soup Nazi's real name is Al Yeganeh - and it seems he's growing!  There's the ability to franchise his stores and he's signed up Shaq as his spokesman.

Will admit, we passed up these cartons of soup from Menards mostly because I don't normally *think* of Menards as the place to get my soup.  But...maybe we missed an opportunity? 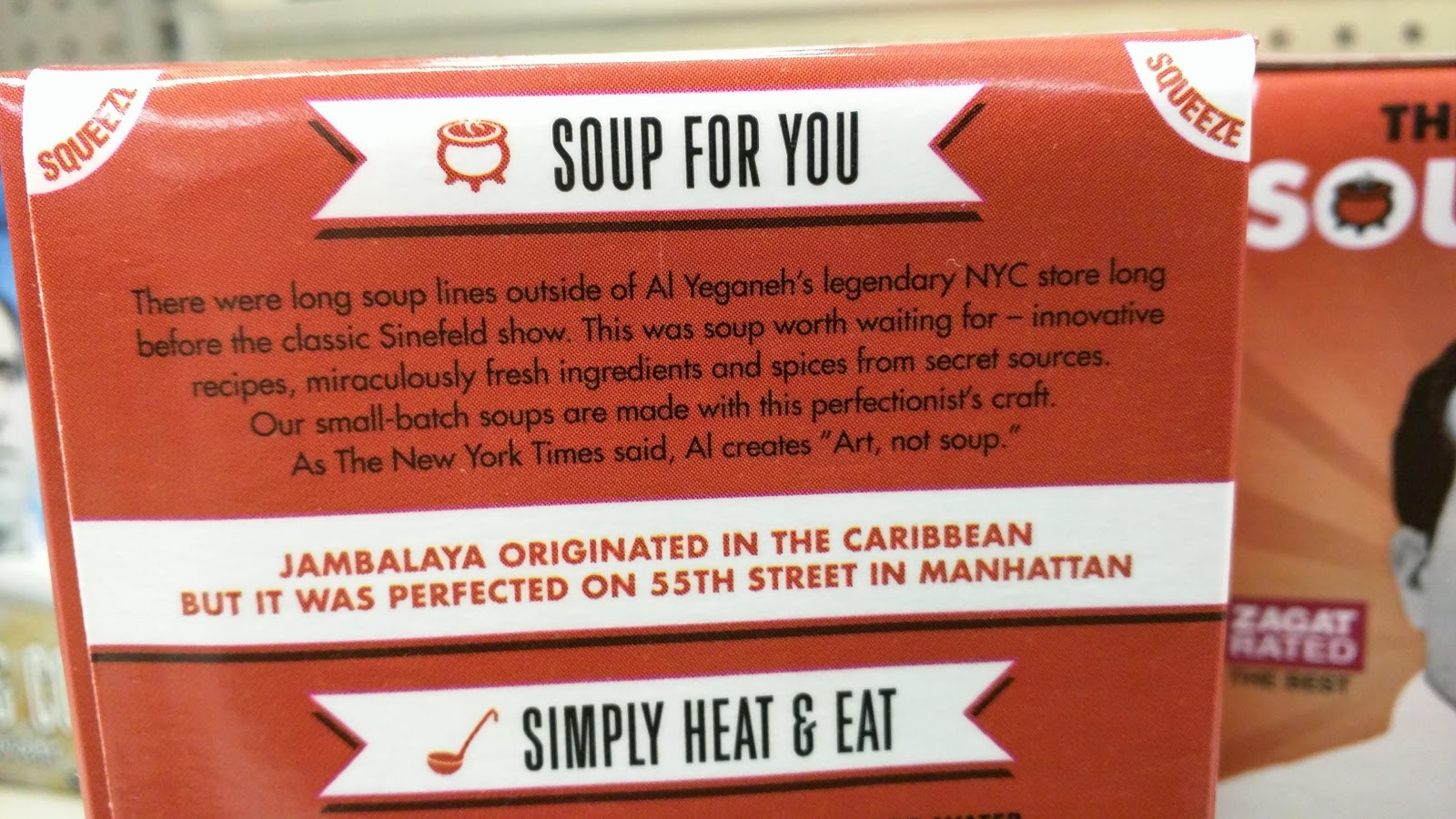