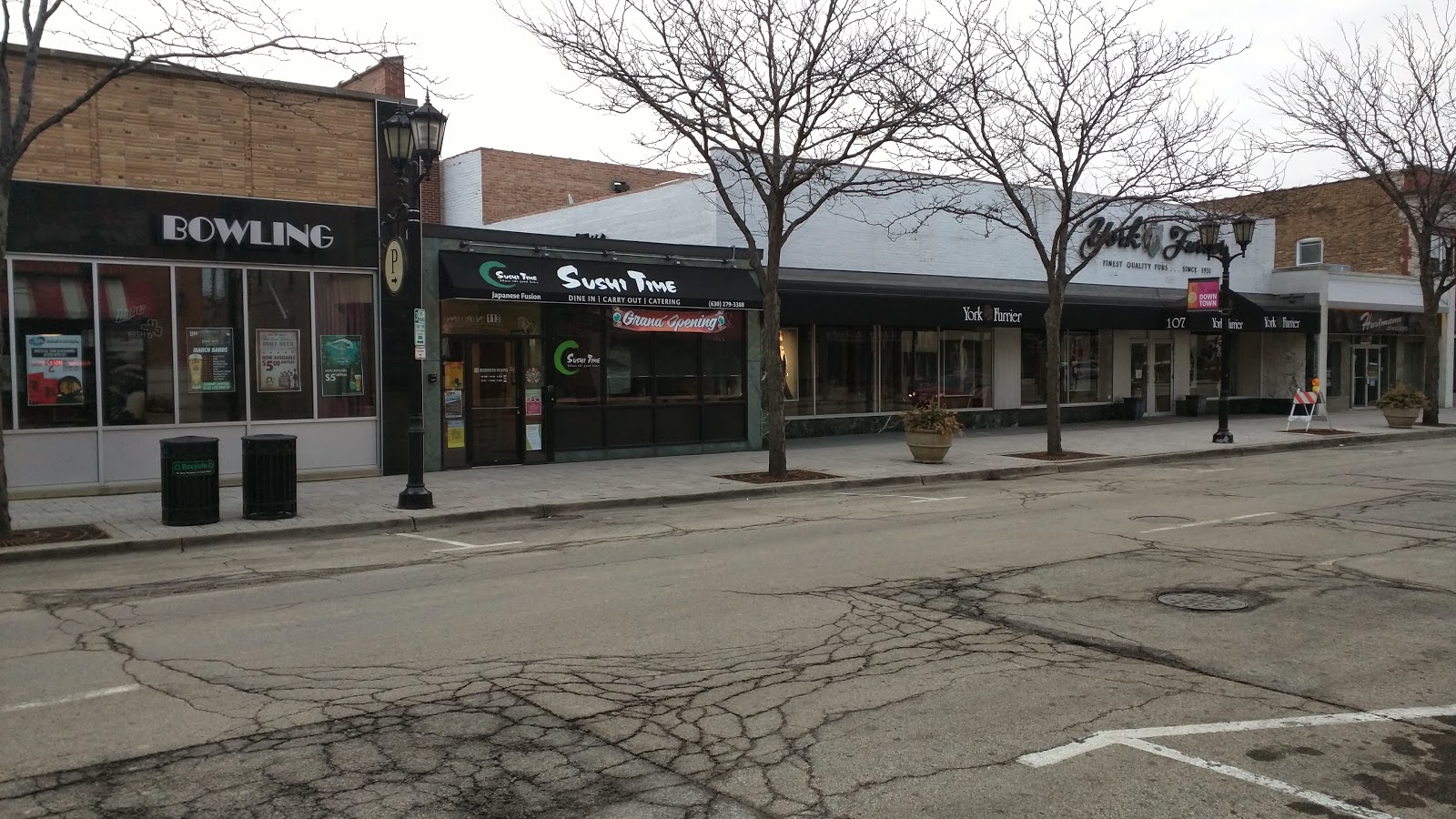 Sandwiched right between Fitz's Spare Keys and the York Furrier on York Street in Downtown Elmhurst is a 'new' place called Sushi Time.  3 Years ago, I posted about how this same restaurant changed over from Elmhurst Chop Suey to the Pagoda Bistro.

Now, they're (I think?) trying to give the Sushi Nest a run for it's money by focusing on Sushi.  The reviews - thus far - on Yelp seem pretty positive.  With all the vacant storefronts in the City Centre, it is good to see another entrepreneur try to make it.
2015 resolution downtown elmhurst elmhurst city center Elmhurst City Centre everygoddamdamnday restaurants