Wall Calendars Turned Over To March

Posted by Jake Parrillo on March 11, 2015
Back in February, I posted about the two wall calendars I now have up in my office at the Aon Center.  Both a University of Illinois and a Disney one.

It being March 11th, I thought it was instructive to note that it took until yesterday to flip both of these calendars over to March.  Can't say I didn't predict that I'd have trouble with keeping these things current.

Here's what they look like:  On the left Disney is highlighting the 20th Anniversary of the opening of the Indiana Jones' Adventure in Disneyland.  On the right, the U of I has a photo (with no snow!) of Boneyard Creek up by the Engineering Quad. 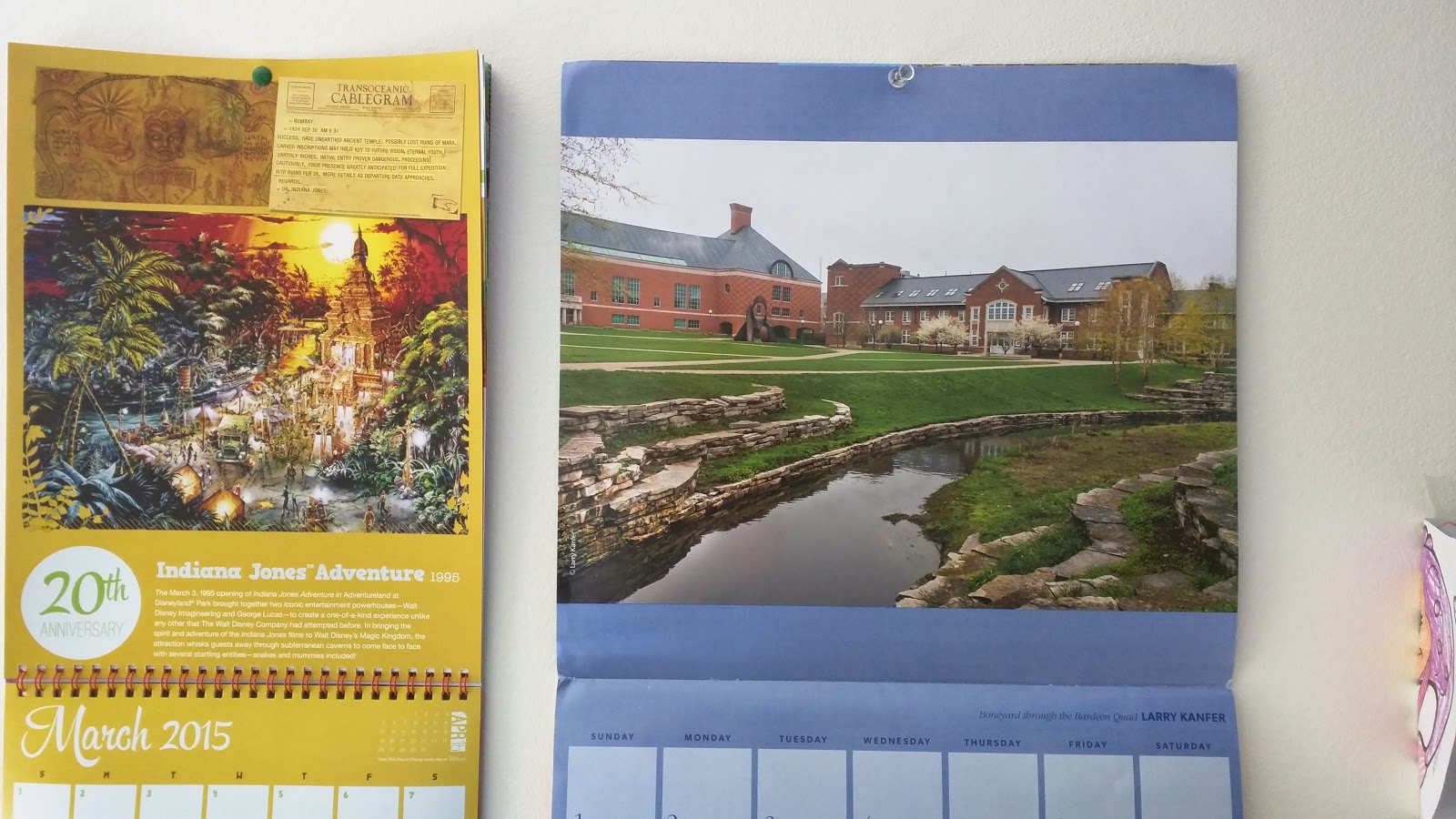