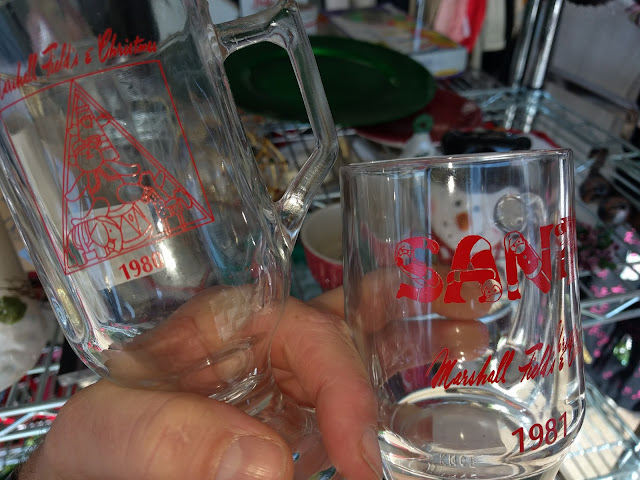 Over the weekend, I made a stop at the Elmhurst Goodwill to drop off some things that have been lingering around the garage.  While I was there, I went in the store as I usually do.  However, this time, they have a special Christmas section set up in the front of the store featuring a bunch of Christmas items.  From ugly sweaters (which looked like a BIG SELLER) to vintage stuff, they have a lot of the Christmas decorations bases covered.

After looking at the racks, there were a few items that were of interest to me including these mugs.  They're from Marshall Field's Walnut Room from 1980 and 1981.  As I've mentioned before, my family makes an annual pilgrimage to the Walnut Room and as part of that experience, we've been getting these glass mugs for many years.

Our mug collection goes back just a handful of years, but my sisters' have more mugs and years under their belt.  (I think there were a bunch of years when I was single that I attended the Walnut Room festivities and left - obviously - without a mug!)  I texted the photo above to my sisters and Vic - who is living abroad - replied right away.  She wanted them!

I put them up on the shelf in Vic & Equation Boy/Man's house right along with some of our other vintage Christmas stuff.  Looks like a natural fit, right? 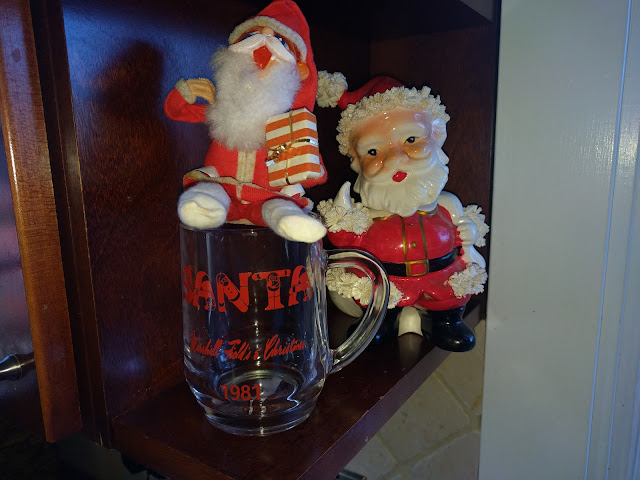