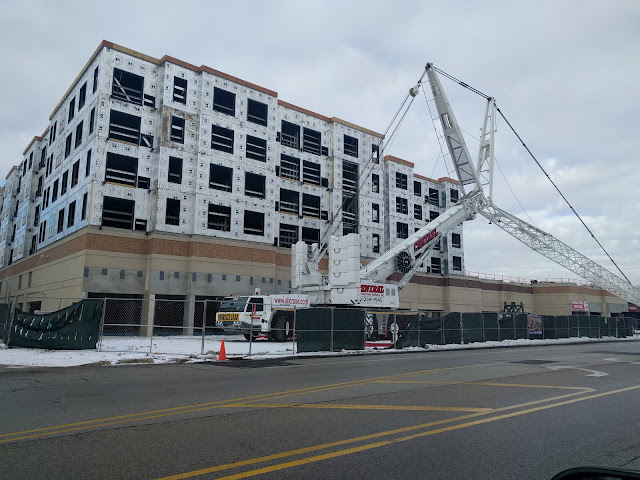 Back in July, I took a photo of the demo on the site of the new massive apartment complex being built on the west side of York Street, just south of Panera.  The City of Elmhurst has been calling this the "Hahn Street Project" for years, but Morningstar, the developer, is calling it Elmhurst 255.

That crane out front has been lifting sections of this development into place for the past few months and now it looks (from the sketch in this pdf) that at least this section of it has topped out.  Let's call it about half of the building is up.  The entire first floor, which will be retail and maybe parking(??), is up, but I think they're going to build a bit more out closer to the street/sidewalk area when it is done.