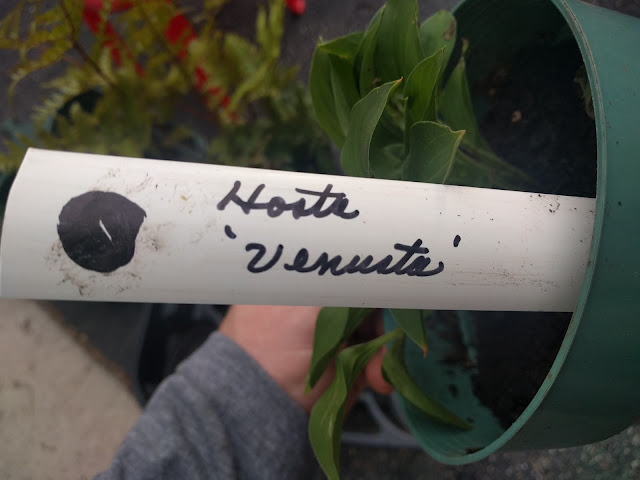 Yesterday, I posted about the Cinnamon Fern that we picked up at the Elmhurst Garden Club Plant Sale that I planted at my sisters house but today I'm sharing the details of another plant that we bought:  the Hosta Venusta.

This one, however, isn't going to go in the ground in Elmhurst.  Nope...it's fate is destined for Naperville where we can tuck it in next to our other orphans like the giant hostas that we transplanted last year.

Here's a better look at the Venusta Hosta plant.  It is classified as a 'miniature'. 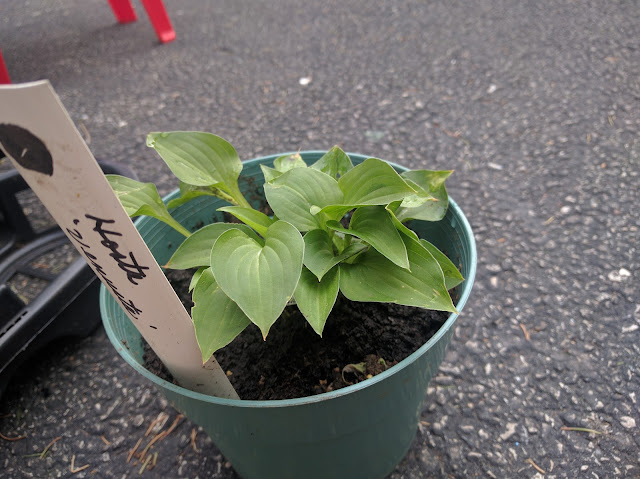 Based on the  reviews of the ladies selling these things in Elmhurst, this sounds like one of the very few miniature hostas that you can actually plant in the ground and it *will* come back.  Around the web, you can find people commenting that they're 'very hardy' and 'spread just like bigger hostas', so that's good.

So, this weekend when we're out and about, we'll make a stop in Naperville and get this thing planted and cross our fingers that it'll thrive - enough so - that we can perhaps think about leaving some behind while we take some with us when we're ready.