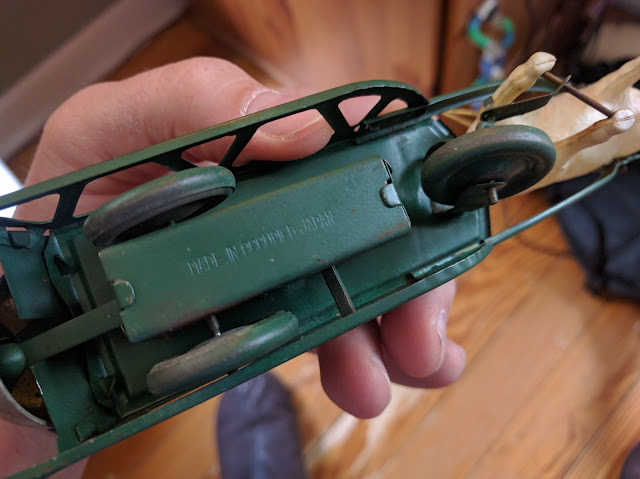 If you look closely at the mark on the bottom of this sled, you'll see the words "Made in Occupied Japan" and that's the very reason why I couldn't pass this Santa and reindeer by at a garage sale in Elmhurst a few weeks back.  I've posted many a time about the vintage Christmas stuff we've collected at garage sales, estate sales and antique stores here on the blog, and MOST of them have a little sticker on the back of the figures that reads 'Japan'.  But, this is the FIRST piece we've ever bought that says "Occupied Japan".

This story says that items marked this way were made in between 1945 and 1952 when the Allies 'occupied' Japan and to encourage the growth of the economy, we imported items during those years as long as they were marked thusly.

This is, I think, called celluloid and it is pretty delicate, but it still works.  When you roll this forward, the wheels under Santa move and ding a bell every time they roll around once.    This will look great once we put all of our Christmas stuff together in our new house.  But...that's not going to happen this year! 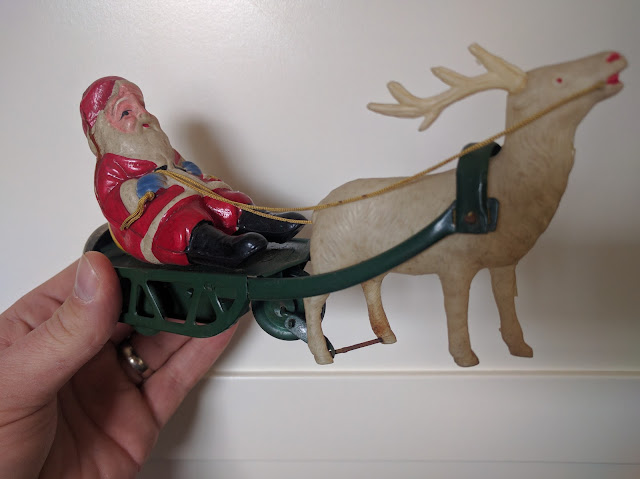 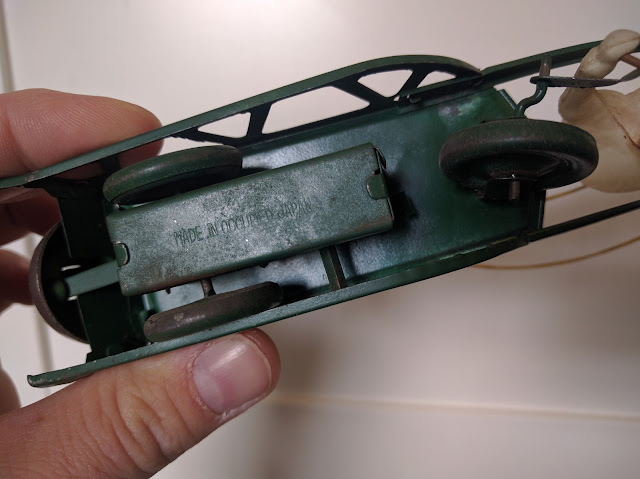