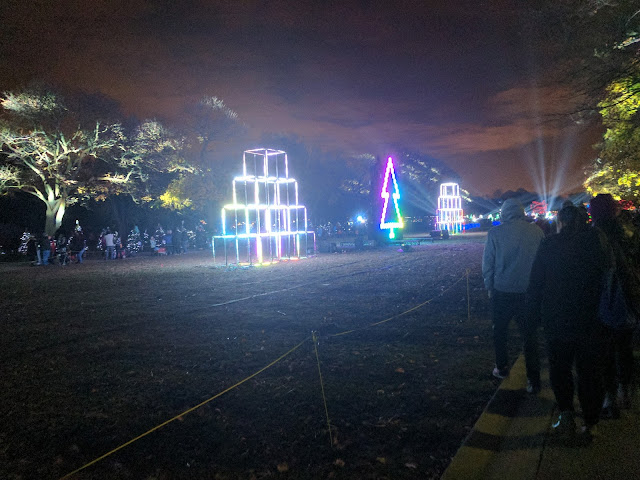 Last weekend, we braved the crowds and attended Brookfield Zoo's Holiday Magic event that they put on each Christmas season.  And when I say 'crowds', I'm not referring to the crowds in the actual zoo.  Nope.  They're quite manageable.

But what isn't usually manageable?  The traffic congestion that accompanies this event at the zoo.

I posted about our visit to Holiday Magic ahead of Christmas 2013 here and I believe that we took 2014 off based on that visit.  That time, we drove to the Zoo - which took about 20 minutes.  Then proceeded to sit in our car in traffic just trying to get into the parking lot for more than an hour.  Seriously.

This time, however, wasn't as bad.  Maybe because we went in early December?  Or, maybe because Nat's a member and knows about the South Gate?  It still was backed up, but instead of taking 60+ minutes, this time it was more like 20 minutes.

We bundled all three kids up (2 in the stroller) and walked around to see the lights and a few animals.  We went into Tropical World to warm up and then hit up the big cats.  No giraffes, though.  The kids were bummed.

The biggest hit of the night?  The little disposable 'hot pocket' hand warmers that I picked up at Menards earlier this season.  The kids little fingers stayed warm and their attitudes were jolly and bright the whole night (unlike mine, which was grumpy)!  It was a Christmas Miracle! 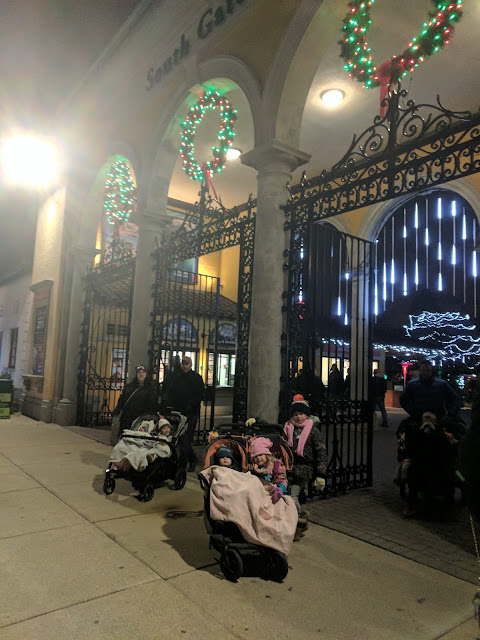