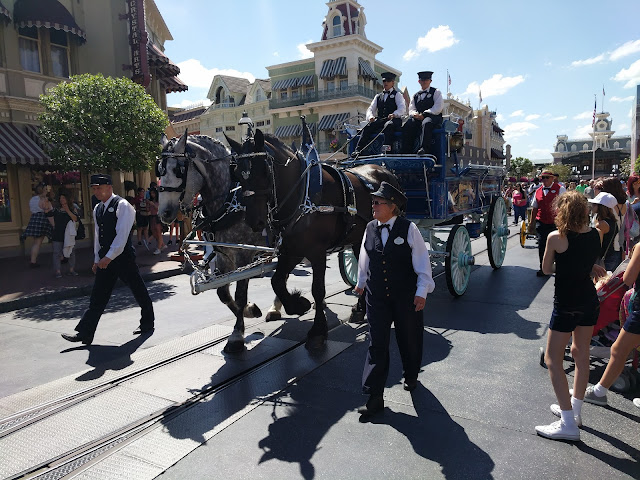 We were in Magic Kingdom recently and on our way out one morning, we saw this 2 horse coach charging right up Main Street USA.  This is a vehicle that we had never seen before.  And a few quick searches on the Googles, I think I've discovered that it is a rare sight?

But this is the first time, I think, I've written about the vehicles of Main Street USA.  Turns out, it is a pretty common topic for various Disney World outlets to cover.  Here's Touring Plans page.  Here's MousePlanet's vehicle page.

Just peek at this wiki listing of various Main Street USA vehicles.  They even have photos.

The horse-drawn vehicles in that post and in the official Disney World posting about Main Street USA vehicles show the usual horse-drawn trolley cars that you see going up and down Main Street.  They're the ones that the cast members do that show from during the early morning hours.

But this one isn't that trolley.  It is more like a stagecoach.  See the two drivers sitting up high? And nobody on the back?  Weird, right?  I found this YouTube video showing how those same trolley-show cast members have used this in past shows.  But that's not the case here.  Because this isn't running on tracks, I'm assuming that they'd have to use this one when the track was under construction?  That's maybe why they used it in the video above?

This one was just being marched right down Main Street with a few handlers.  We didn't wait to see where it went. 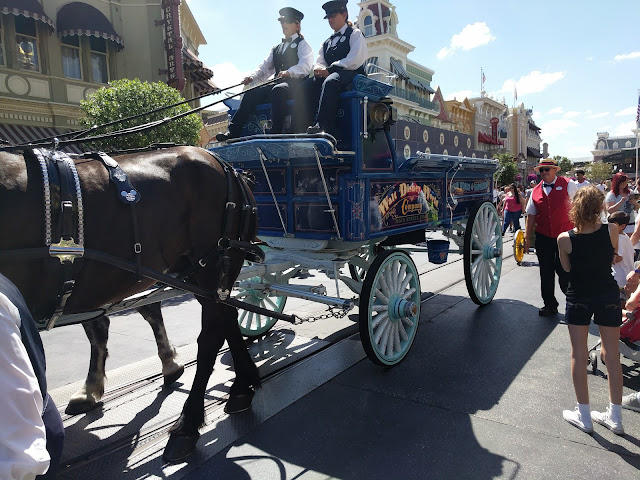 The coach has spots for people to sit.  And it is a beauty!  The side reads "Walt Disney World - Main Street USA" on the front panel.  And the back reads "Your World of Happiness".

And look at those beautiful wheels? 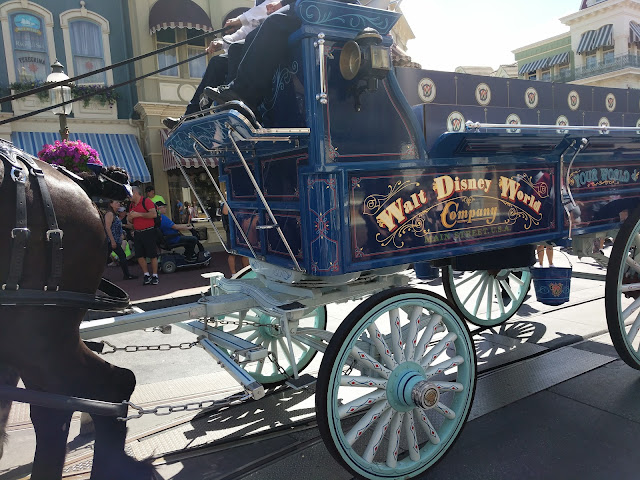 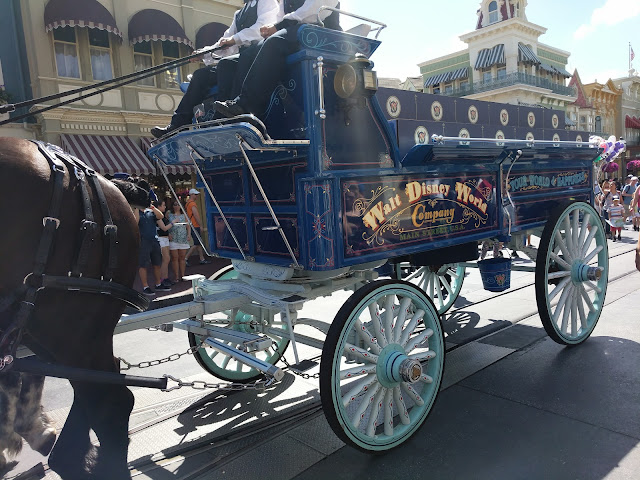 Anybody know more about this thing?