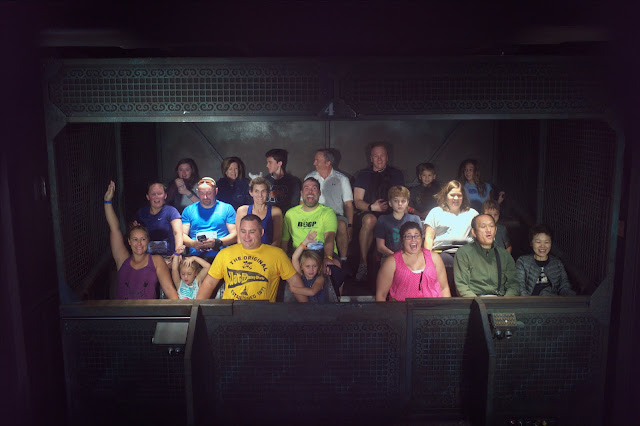 That's a shot of Nat and I on the Tower of Terror down in Orlando at Walt Disney World.  It was taken at mile 10 of the Disney Wine and Dine Half Marathon.  And it was the first time that I had ever been on the ride.   Under normal circumstances, I would have been able to fend off the pressure from Nat to ride on something like this, but perhaps it was the half-marathon brain fog that weakened me and dropped my defenses.

I pity the person who had to sit in my seat after we left.  I was soaked at this point from the humidity and my back was starting to seize up.  I left a pool of sweat behind, I'm sure.  You can also see the other people to Nat's right that were running the race, too.  The dude looks like he's reading his phone, though?  Total pro move, I guess?
disney disney rides disneyworld walt disney world wdw
Location: 351 S Studio Dr, Kissimmee, FL 32830, USA