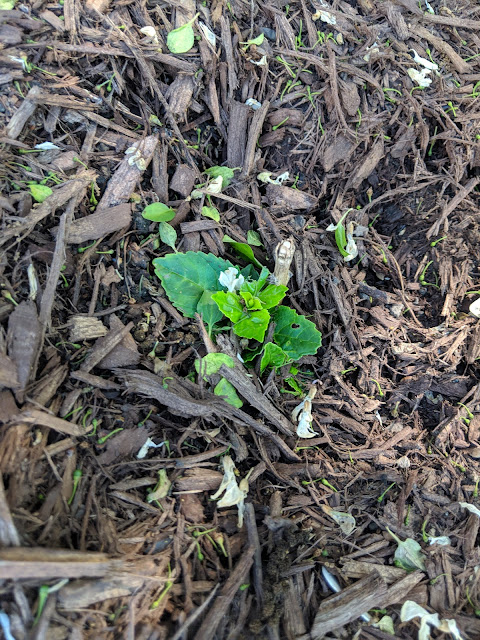 This is the third in the series of posts updating some plants that Nat's Mom gifted us late last fall.  Yesterday, I posted about the Tuff Stuff Red Hydrangea that is doing really well.   Today, I'm sharing the photo you see above to show the current state of the Everlasting Revolution hydrangea that isn't doing *as well*.  You can see that it is much smaller than the Tuff Stuff and the foliage is barely emerging from the mulch.  In fact, I had to kind of carve out a little hole/trench for this thing to even have a chance.  It is located about eight feet from the Tuff Stuff variety, so they're getting basically the same support - sun, water, soil.  But the difference is stark.  I've actually babied this one a bit more this late Spring and hope that it continues to establish itself a bit so we head into the Winter with a strong base/root system.