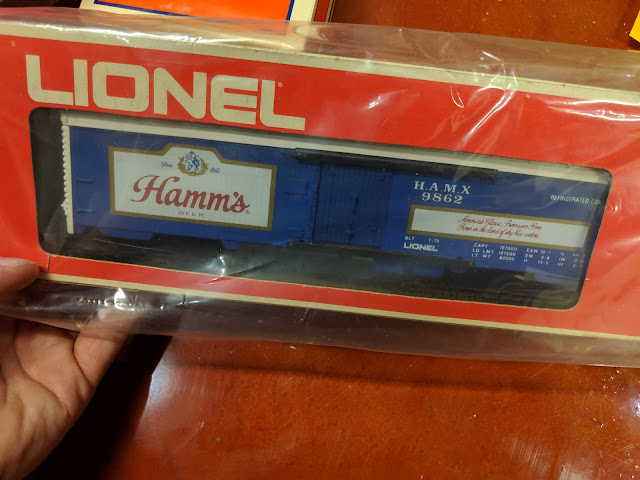 We were setting up the kids Christmas Train (the Mantleburg Line) in the basement and I came across a some rolling stock that I've picked up the past few years, but have not been run on the line due to the lack of operations.  Mostly because of our up-ended Christmas (moving between Elmhurst and Naperville) the past few years, the Mantleburg Line hasn't run, but this year, we picked up the foam boards from my parents house and I set up the train with the kids.

There were a couple of beer-related boxcars that are still packaged up in plastic that I think I bought at the annual Christmas Train Show out in Wheaton one of the previous Winters.

If you look closely at the photo at the top of this post, you'll see that it has a 1975 built date and is in this box that is of that era.  Those of you who know Lionel Trains Corporate history may know that in 1975, Lionel Trains were owned by General Mills. Yeah....*that* General Mills.  The one who makes cereal. 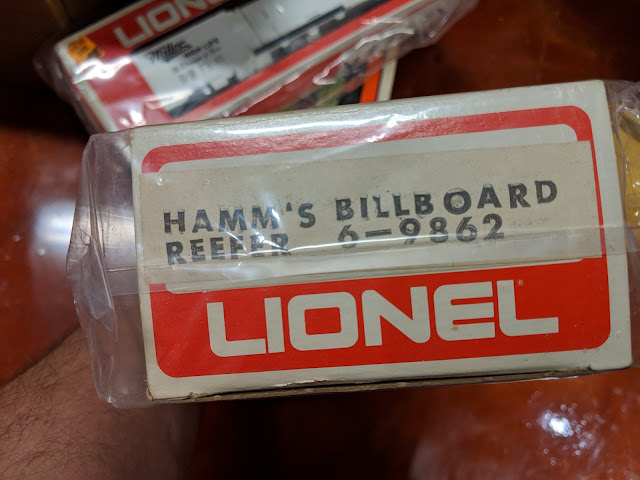 For most Lionel collectors, I think the 1970's were 'dark years'.  The boxes look different.  The quality of the product deteriorated.  And the trains aren't that highly sought after.  Thus, the prices are depressed (for now).  Makes it attractive to someone like me:  who buys trains to run them, not to simply collect them.