A Ride on the Tokyo Disney Resort Monorail 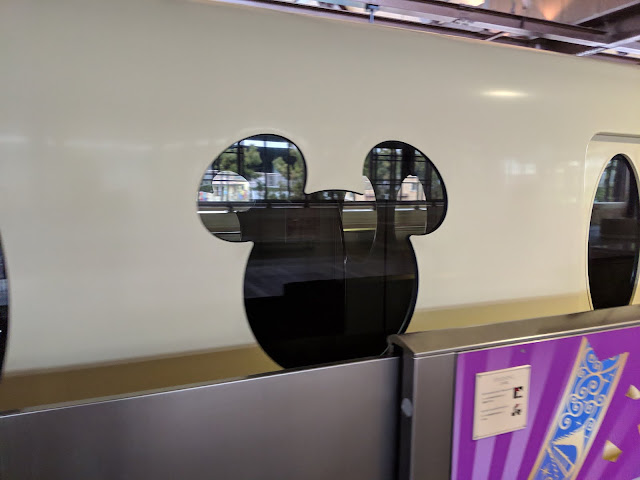 The two resorts at the Tokyo Disney Resort are connected with a Monorail that circles the property.  It makes a stop at a train station in between the two parks and to be honest, I've only been on this monorail twice and both times I did the same route:  DisneySea Station --> Disneyland Station.  So, I'm not totally sure where else it runs to and how long the route is, but I thought I'd share my experience.

The trip between the two parks is a really nice experience and one that is totally on-theme.  You exit DisneySea and head out to the station.  Buying your one-way ticket at a machine, then you get through the turnstiles and head upstairs to the platform.  A few minutes later...the monorail arrives.

And it is full of Mickey Heads.  The outside windows are Mickeys. 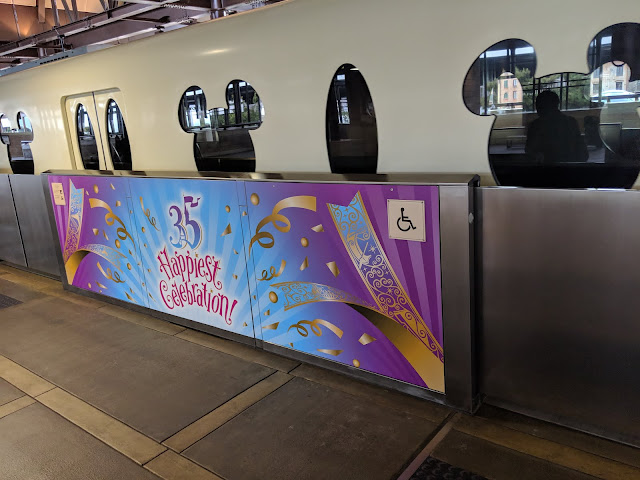 And so are the handles you use when you are stuck standing as the train moves. 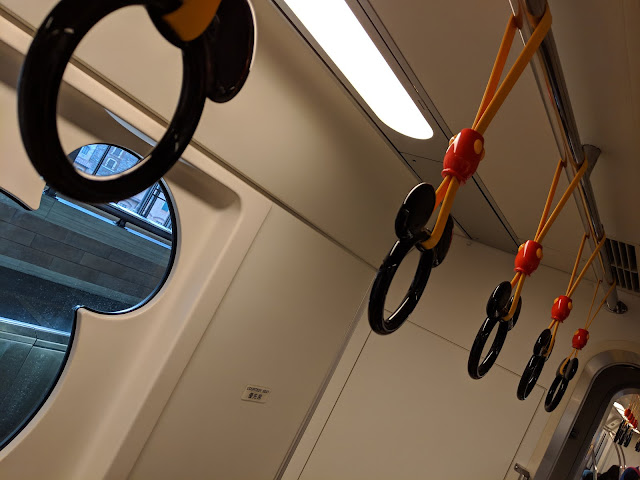 Pretty simple, but adds so much to the experience. 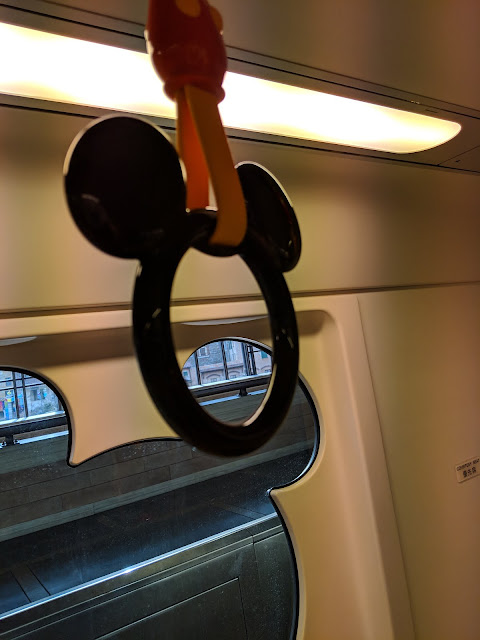 There was this one last touch in the car I was in:  a "Funderful Disney" little advertisement for the Tokyo Disney Resort Park Fan Club.  In this little display there is the Fan Club card, what appears to be a special map and a few items featuring Duffy, Shellie Mae and their other friends.  For about $30 USD. 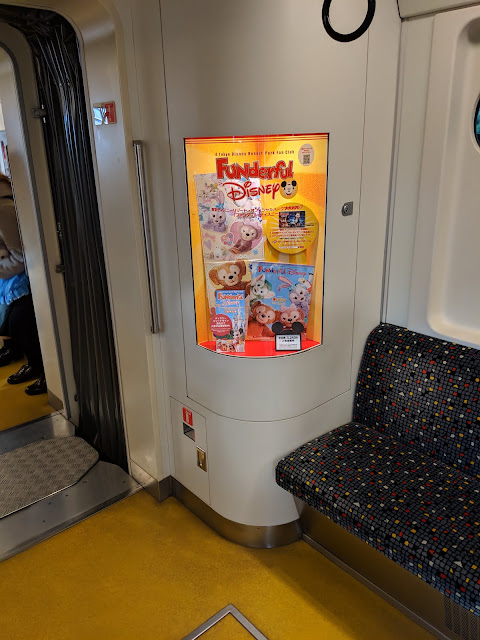 The monorails at WDW are one of the experiences that really make me feel like I'm *there*, so taking a spin on them around the resorts is a lot of fun even if we're not staying on the line.  There's been some talk about the monorails at WDW over the years including new versions that may/may not be coming.  There's also this RobPlays video that talks about "Why aren't there more monorails?":

Transportation is a key part of staying at a Disney Park/Resort, isn't it?  The whole Disney Skyliner project that is going to open to guests later this year is going to be a big change to the transportation experience and is something that I'm really interesting in experiencing.  Maybe a trip is in order??
disney disney transportation Duffy monorail tokyo tokyo disney tokyo disneyland tokyo disneysea walt disney world wdw
Location: 1-1 Maihama, Urayasu, Chiba Prefecture 279-0031, Japan