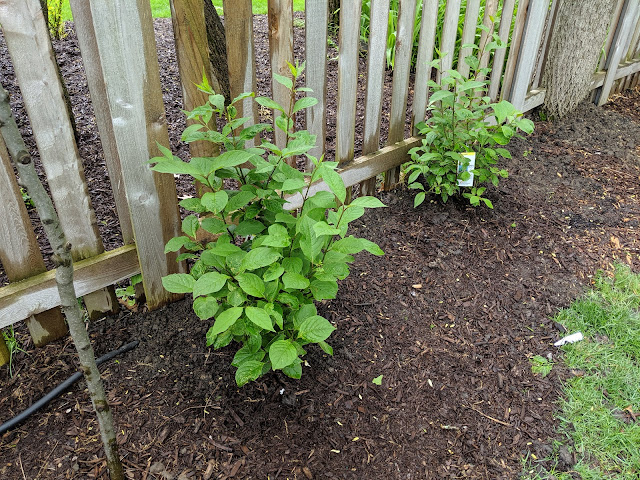 Last year, I added two common Purple Lilacs to the southside fence line to our backyard in a couple of spots that were called out for hydrangea plants in our plan.  I deviated from that plan because Nat always loved our neighbor's Lilacs in Elmhurst and wanted to try to replicate that in some way here in Downers.   The first two (commons) get about 12 feet tall and can take a prune.  My expectation is to get these to grow *up*, but pruned back to make a bit of a hedge.  They were small when we put them in and they're small today.

Nat mentioned that she wanted to add even more lilacs to that spot and so after looking at the plan, I found two more hydrangeas that we can swap out for lilacs.  And after a little bit of research, I found this other variety called "Nocturne".   These are later blooming - to extend the Lilac season - and are similar shaped.  The leaves are a bit different, but the most important part is that extended blooming season.  You can see the two new Lilac Nocturnes in the photo above.  I planted them close to the fence line - on purpose and will trim/prune them to be fairly narrow.

Below, check out a photo that shows the two old (Commons) on the left and the two new ones (Nocturne) on the right.  Just looking at them side-by-side, the new Nocturne ones seem to have a more vertical habit, but time will tell, I suppose.   Also, note the Dwarf Alberta Spruce in the middle of the photo, too!  Can you say "layered gardening"?!? 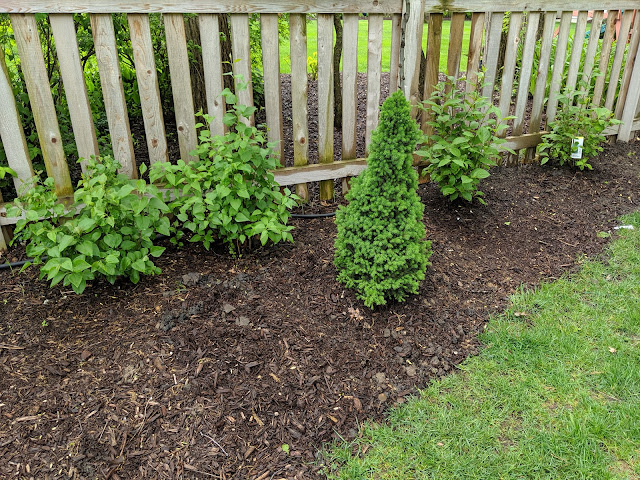 Here's the tag showing the name from Home Depot: 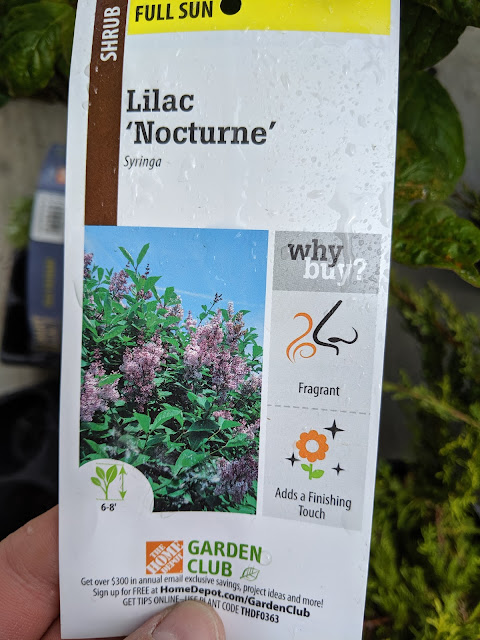 I'll try to post a photo of all four of these four as they grow out this Summer.  Will they bloom?  I'm not sure, but I'll try to grab a photo of the new blooms to understand if they're blooming on new or old wood.
#hornbeamhill backyard flowering shrubs garden diary gardening lilac shrubs
Location: Downers Grove, IL, USA