A Look At Our Peonies (Roundup for Summer 2019) 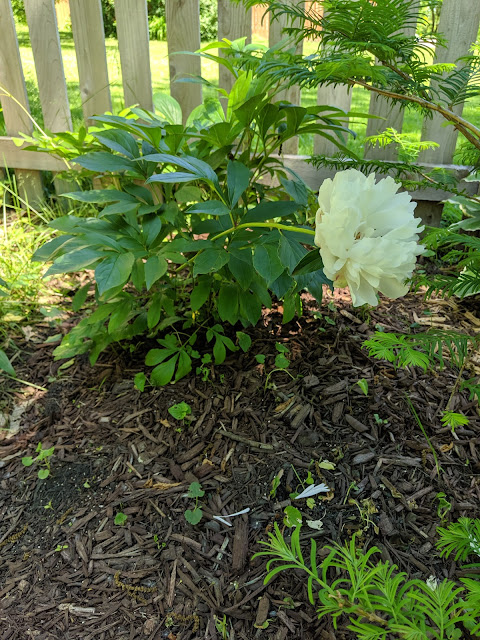 After coming home with some peonies from Trader Joe's a few weeks back, Natalie asked me why we didn't have any peonies in our yard?  After all, we had a bunch of them back in Elmhurst that had established themselves enough to flower pretty productively every year.  Here's a look at some of them from 2015.  That forced me to get outside and try to find the various peony plants that we have on hand and to start to chronicle them here on the blog.  These photos are a few weeks old, but sharing to start the diary entries on these.

First...let me remind you all (and myself) that we still have the most important peony plant out in Foster Care in Naperville.  It grew pretty well last year and I'm thinking that it has likely flowered this season.  Time to move it, soon, I believe.

But, this post isn't about fostered plants.  It is about the five peony plants that we currently have on site.  The first one is above and was the only one that flowered.  All of these are either transplants via teardown (our own) or transplant via teardown (down the block or Nat's sister's house).

The one above is the strongest plant of the bunch.  Below is a second contender, but note:  it didn't flower. 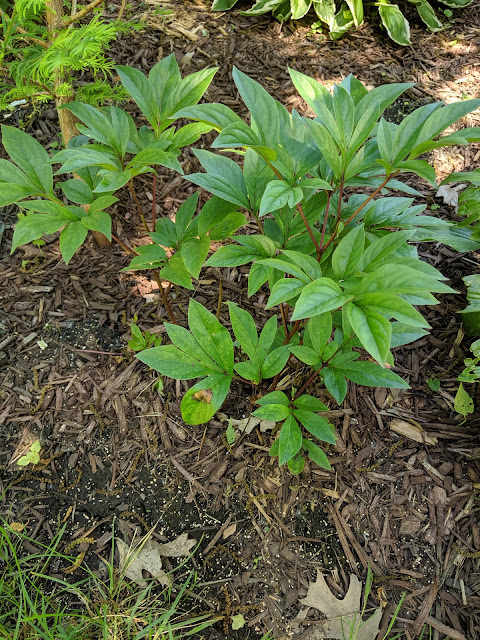 Then we have some smaller ones.  These all (I think) came over last year and spent the balance of Summer/Fall 2018 just surviving.  Now, they'll start to establish themselves. 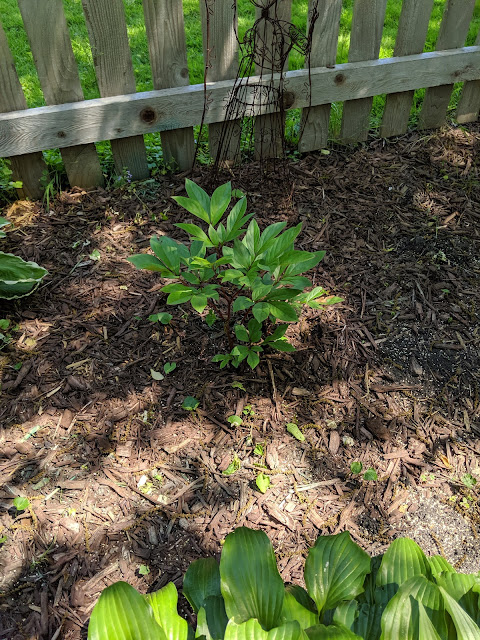 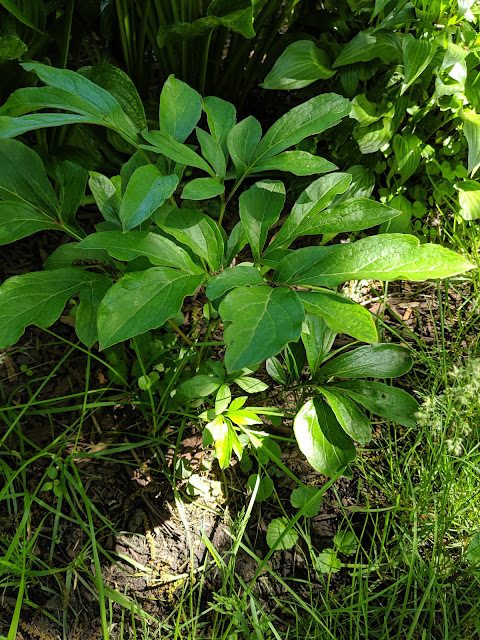 Finally, the last one you can see below is in the shade.  Doesn't seem to hate it, but I know we won't get the same type of flowering production in the shade. 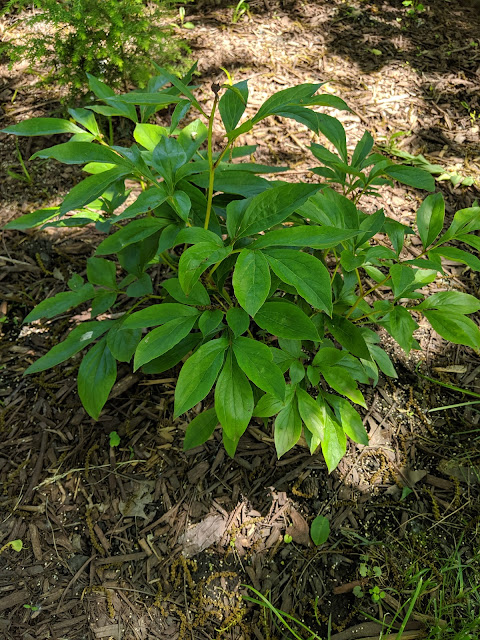 I'll do a post on each of these over time to track them, but for now, let's leave this one in the [garden diary] here on the blog as a reference point for going forward.
#hornbeamhill #newoldbackyard backyard cut flowers flowers foster plants garden diary peonies
Location: Downers Grove, IL, USA