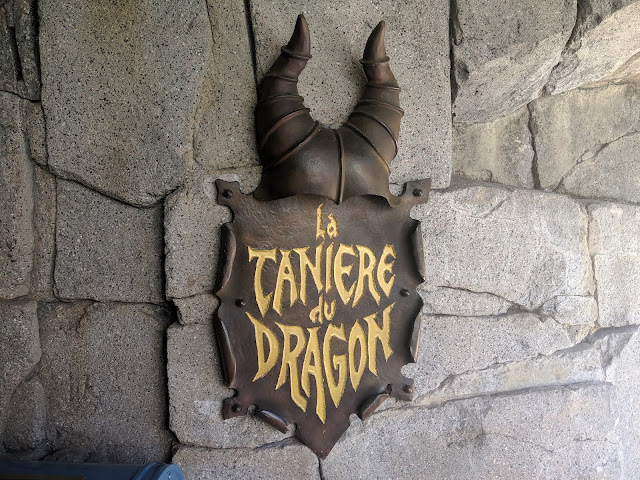 According to the Disneyland Paris Parks page:


Tip-toe through the dark dungeon "La Tanière du Dragon" underneath Sleeping Beauty Castle, where a monstrous prisoner lurks. Once the ruler of the skies, this defeated dragon lies chained against jagged rocks. It may be dozing, but tread carefully, as one false move will lead to a hot, rumbling surprise. 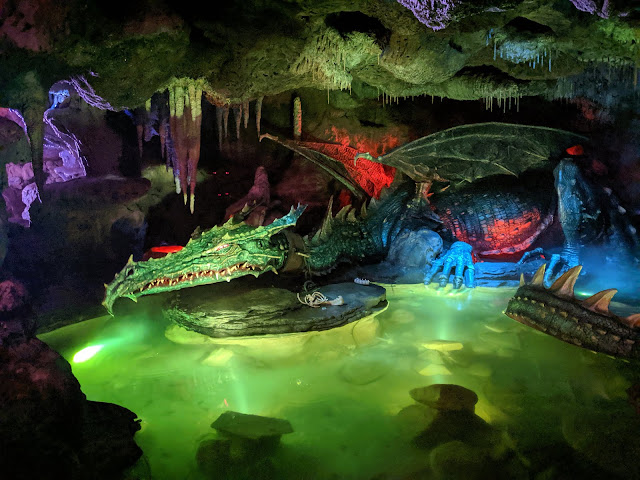 This was a really neat experience that we just kind of wandered in to as we wandered on some of the park paths near the castle.  I remember being inside here, seeing the dragon and looking at Nat and both of us kind of smiled because this was an experience that we had never had before.

Here's a video I shot of him.  Check out his hand.