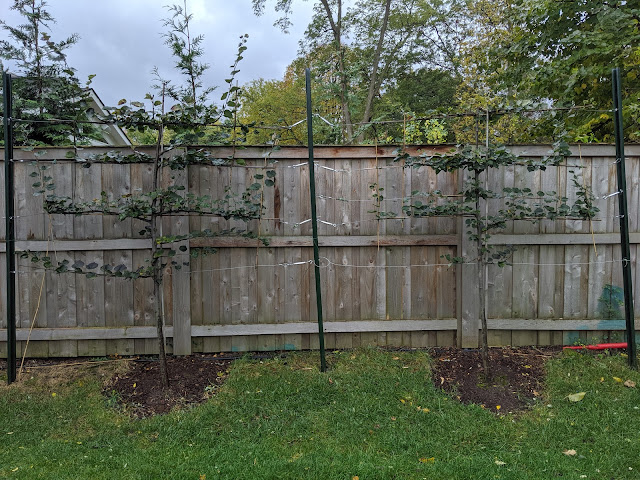 I took this photo above a week or so ago - with the Greenspire Lindens being entirely green and not having lost a leaf yet this year.  Putting this here in the [garden diary] to note how much the trees hve grown and to document the progress of the Candelabra that I've made this year.

I'll take another photo once the leaves fall off to get a sense for the structure, but below you can see the candelabra that is taking shape.  The red indicates the branch structure that exists so far and the yellow show the bamboo supports that are in place. 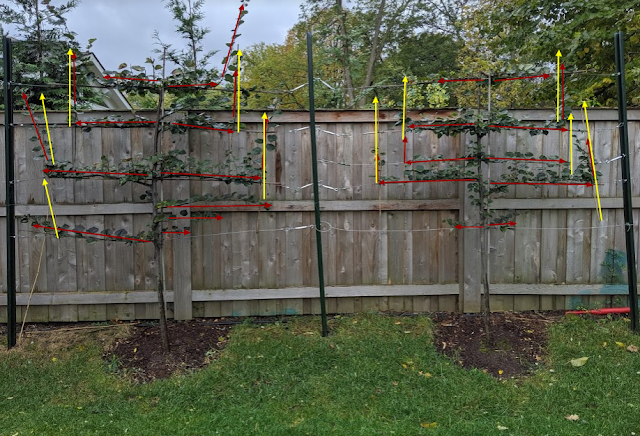 Winter gives me a chance to look at this double candelabra espalier and decide if it is going to be five cordons or six cordons or limbs in the candelabra.  Here - below - in teal - is the six limb version.  It looks tight to me. 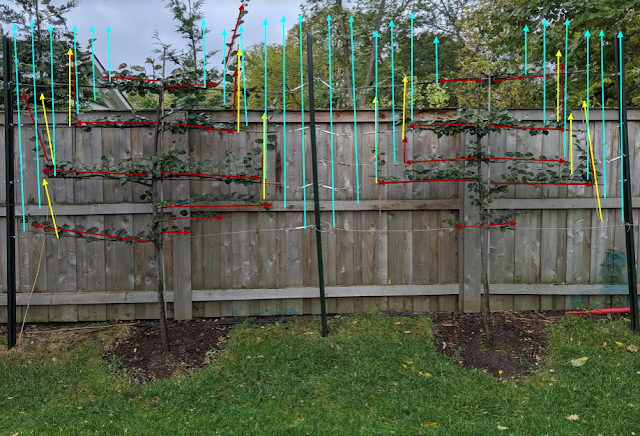 On the left, this means that I need:

On the right, this means that I need:
I suppose the primary question that I have is whether these both need to look identical?  Should they both be the same number of limbs in candelabra form?  Could one be six and one be five?

Also, do I have some of the 'turns' in the right spots now?  Like on the bottom far left:  is that turned up too close in?  I think so.  Once the tree turns bare, I'll use the time to shape and select the limbs that matter most and pare away others that don't.
#hornbeamhill backyard candelabra espalier garden diary linden trees tree inventory trees