Posted by Jake Parrillo on July 19, 2021
Nat has a couple of house plants around the house that she tends to with feeding and watering and general upkeep. One of those is a ZZ plant that lives in our bathroom upstairs. It doesn't get a lot of light, but for the past few years, it seemed to just truck on and put up shoots. Until recently. When it seemed to be in decline. There was a bunch of yellowing and not a lot of new growth. Here, below, is what it looked like when I decided to take action: 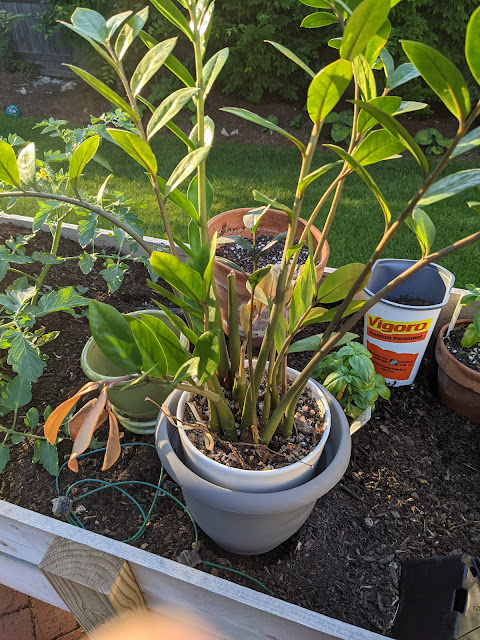 It looks really crowded, doesn't it?  I figured it just needed to repotted, but I also researched if it could be divided.  Sure enough, there's plenty of posts about dividing a ZZ plant.  So, that was the path I took:  divide and repot to create two plants.
First things first, though:  to remove the plant form the current container.  Turns out, it was inside a little nursery pot inside that larger container.  When I dug it out, the roots were curled out from under the nursery container and were wrapping around each other. 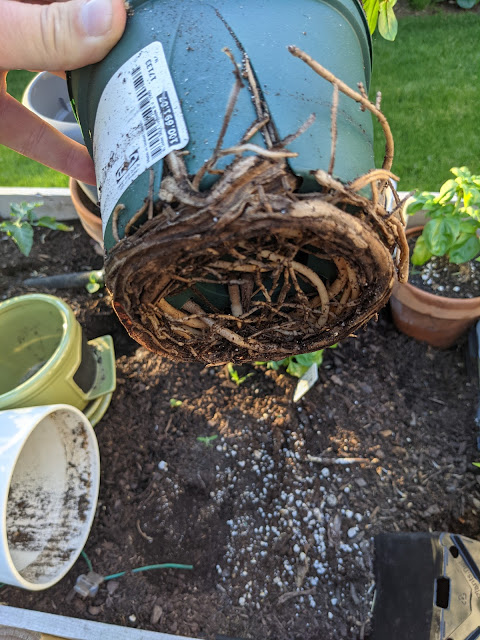 And, I tried to pry the plant out to realize that there wasn't ANY soil at all - just roots with a little soil on top of them.  Here's a sideview where I clip'd open the container: 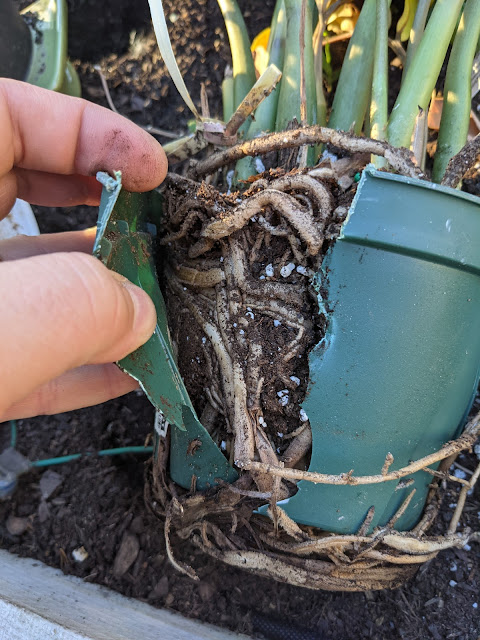 It took a bit, but I was able to get the ZZ plant out of the container with MOST of the roots intact: 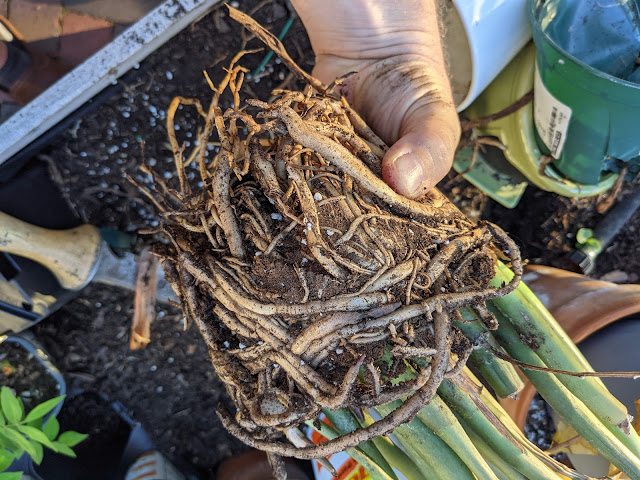 With my hori hori, I cut this thing in half and the replanted it into two containers with a lot of new container soil (moisture control).  I watered them in heavy and will be keeping an eye on them in the next few days to see if they both will get established. 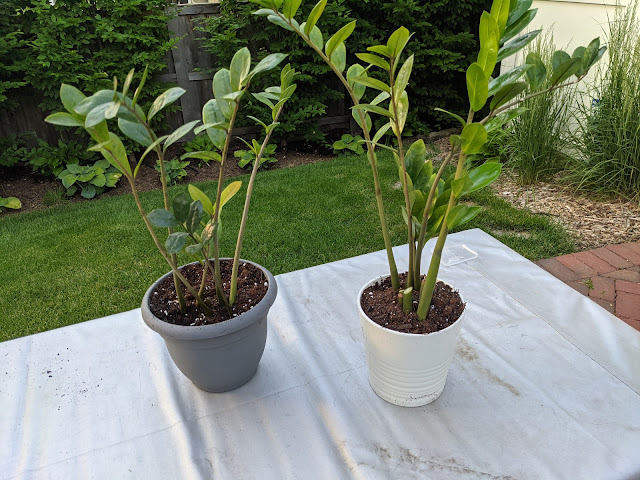