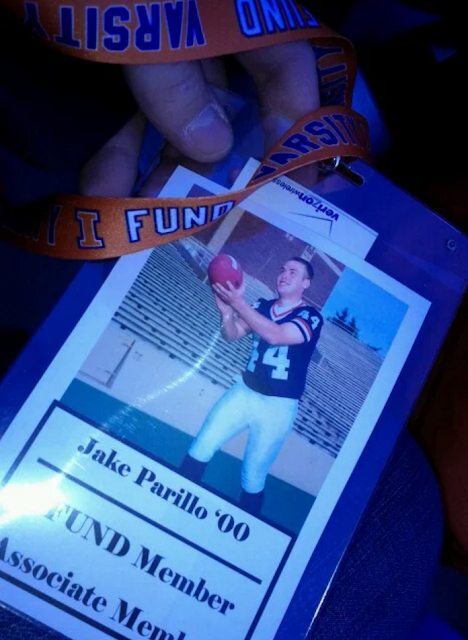 I was a (note....not *the*) punter on the Fighting Illini football team down in Champaign-Urbana at the University of Illinois from 1997 to 1999.   I wore the number 44 and played under head coach Ron Turner, special teams coach Greg McMahon and 'specialist' coach Buddy Teevens, who also coached the quarterbacks.  Spent a few years at Camp Rantoul and loved every minute of being on the team and representing the University of Illinois.

A couple of my specialist teammates - and the starters during my time on the team - were Neil Rackers, who was a great leader for us kickers and punters and went on quite an NFL career and Steve Fitts, who was a heckuva punter and made an immediate impact and Nathan Hodel, the long snapper who also had really great NFL career and won the NFC Championship in 2008..  Learned so much for not just those guys, but also the snappers like Patrick Rouse, who bled orange and blue and Mike Malczyk - who both went on to win a B1G Championship and a trip to the 2001 Sugar Bowl.  Other notables on the team during my years was Josh Whitman, who has become the Athletic Director at the U of I today, Dave Diehl, who won played and starred for many years for the New York Giants (and won 2 Super Bowls!), Quarterback Kurt Kittner, who just stepped down from the Fighting Illini football radio broadcasts, and wide out Brandon Lloyd, who had a massive NFL career.

Every year, I get the joy of being invited back to participate in the Varsity "I" weekend at the University of Illinois with my fellow athletes.  There's a few photos of our trips at the bottom of this post.  Although I wasn't ever a star for the team, the athletic department rolls out the red carpet and treats me and my family the same way they treat everyone who put on the Fighting Illini uniform across any sport:  like family. 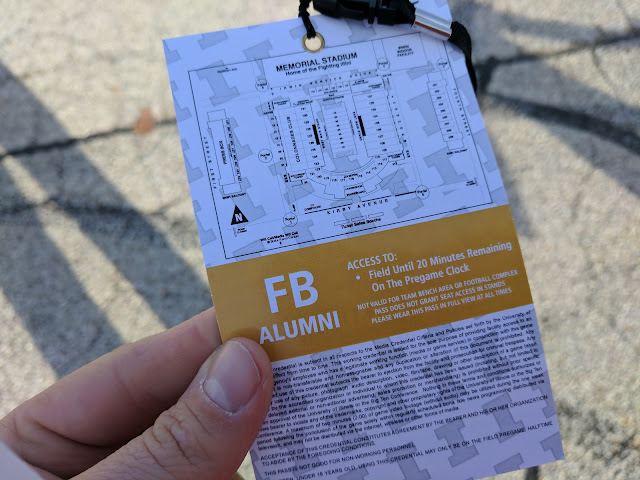 And in 2009 and 2010, I was fortunate to be able to lend a hand with the Elmhurst College Football team, under Head Coach Tim Lester, where he allowed me the honor of being the "Kicking Coach" for the team where I helped, guided and coached the kickers and punters for a few seasons. 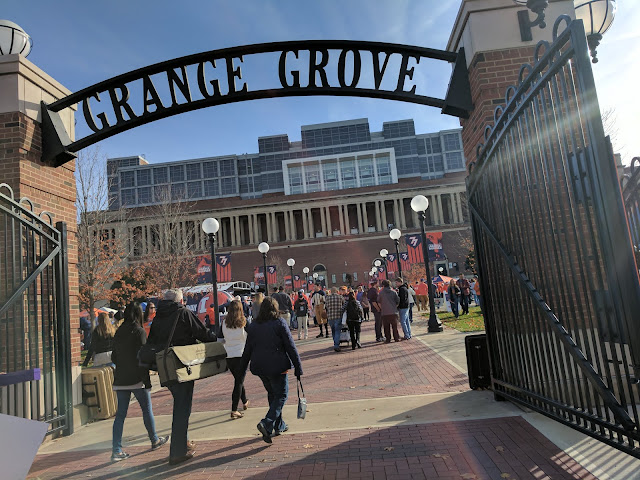 And most recently, I've renewed my interest in the speciality as I began to work with my nephew to learn the craft as he enters the eight grade. 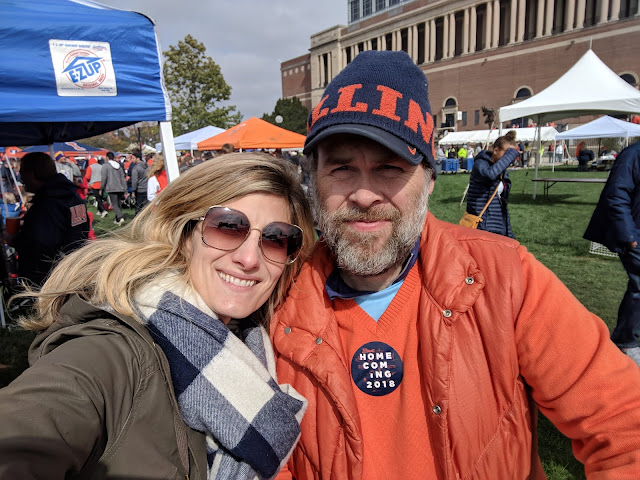 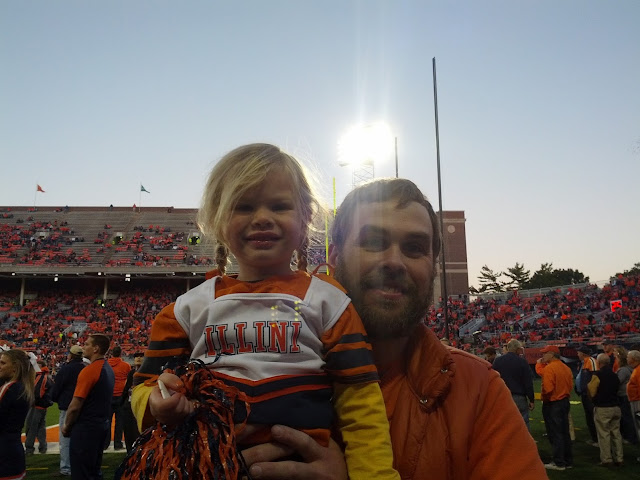 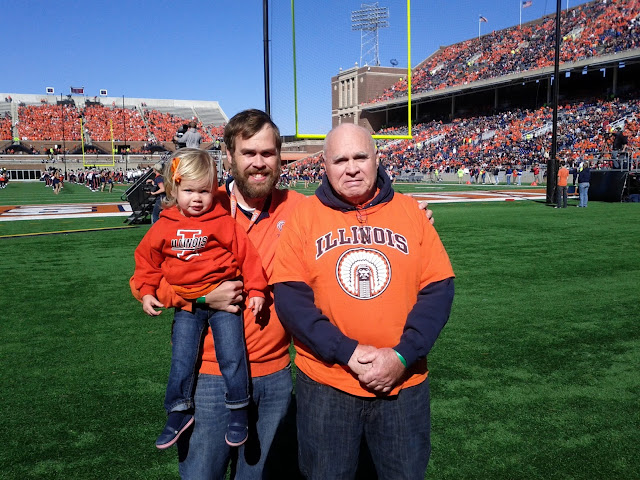 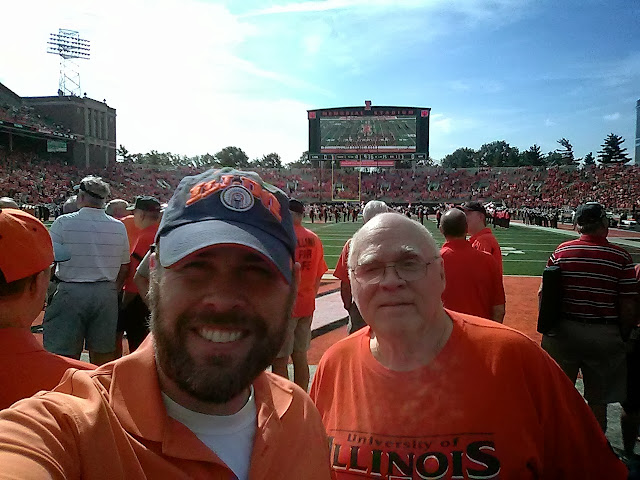 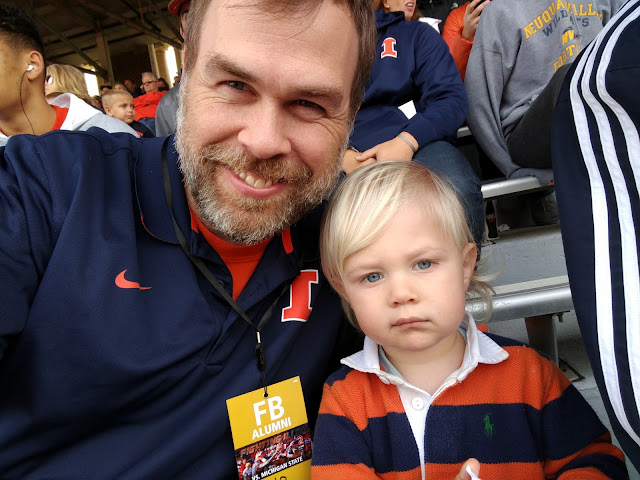 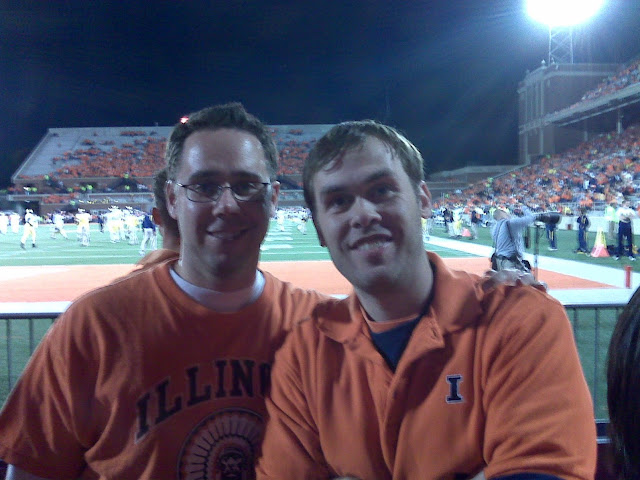