Posted by Jake Parrillo on April 28, 2010
This was the 7th Annual trip to Montrose Harbor for Smelt fishing.  I don't think I have been to all seven, but I bet I've been to six.  They're always a lot of fun and I have tried to chronicle the trips on my various blogs.  At least one post is here, but sadly, without any photos.  I started writing about smelt trips back when I was writing for Tom Cross at the JoinCross.com blog and for some reason it really got in the craw of some conservative readers of his blog.  They were out of their minds that we would waste time writing about our adventures on the shores of Lake Michigan.   Because of that nonsense, I had to carry on the tradition.

This year, we convinced Equation Boy/Man to come down (and he drove - which is nice!) and enjoy the festivities.  Matt and his brother Jason put on quite the spread and had most of the equipment set up as we arrived.  Turns out, Matt has inherited the rig from our friend's father - who turned EVERYONE on to smelt fishing.  He's had enough, so he doesn't come any more, but we're carrying on the tradition for him.

This year was one of the best nights we've ever had.  Wasn't too cold.  And...most importantly...wasn't raining.

Here's Matt setting up the rig.  For those of you who aren't smelt fishermen, you use nets to catch smelt! 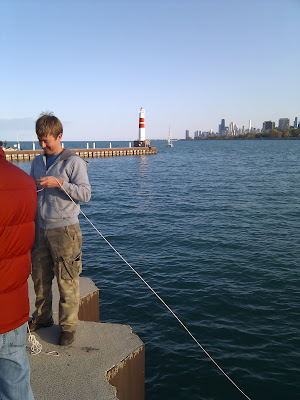 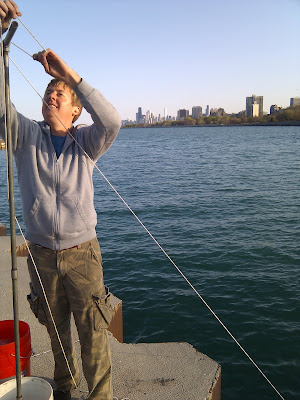 How many guys does it take to get the net in the water?  At least 4.  Two working, two watching! 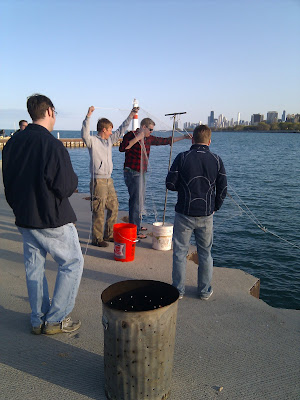 Balone gets the net in. 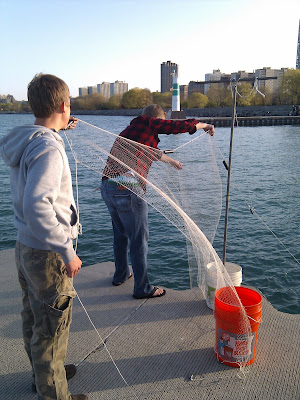 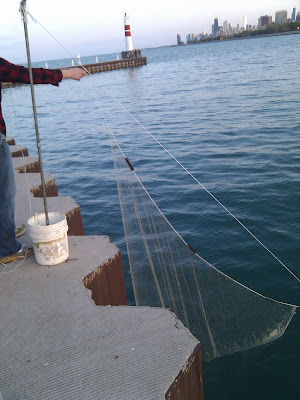 I'm going to argue that these are smelt.  We caught a bunch - which is rare for us.  Some say that they're minnows.  We threw 'em back anyway. 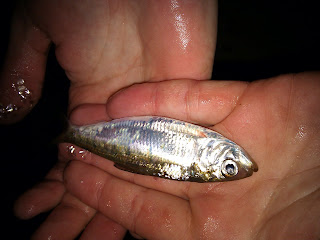 Smelt fishing is a uniquely Chicago tradition and I'm glad to be a small part of it.  Can't wait for next year.
chicago daily smelt