The Last of the Garden Including the Elusive Purple Pepper

Posted by Jake Parrillo on November 05, 2010
Frost has arrived in suburban Chicago, which has put an end to the harvest.  Unfortunately, we are going to end up with a number of green tomatoes and some tiny zucchini. 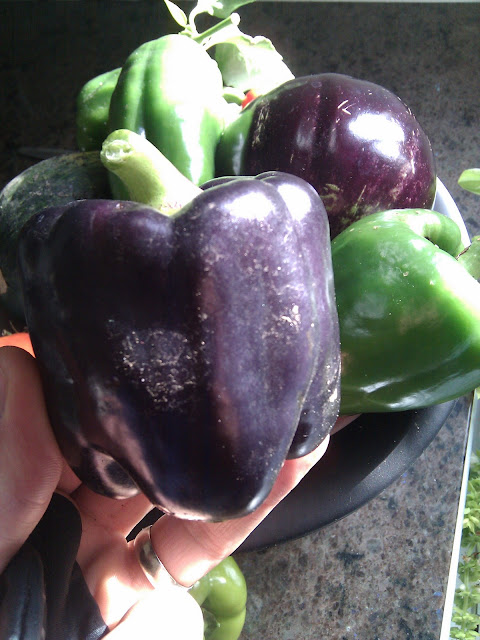 We had a lot of luck with green and a few yellow, but the purple plant never threw off any fruit until VERY late in the season.  At that point, there wasn't a heckuva lot of heat in the air and soil to pump up the peppers.

Has anyone else grown purple bell peppers?  Were they super late bloomers?  Maybe next year we'll have to start them early in a hothouse or something.  But, that opens up a whole HUGE can of worms.  Do I suddenly become one of those seed people?  Pouring over the seed catalogs for heirloom varieties.  Building homemade green house solutions for my seedlings?

Hey...if it was good enough for my main man TJ, I guess there's worse hobbies to get into, right?
backyard daily gardening