Trend: Shopping Online While in Store 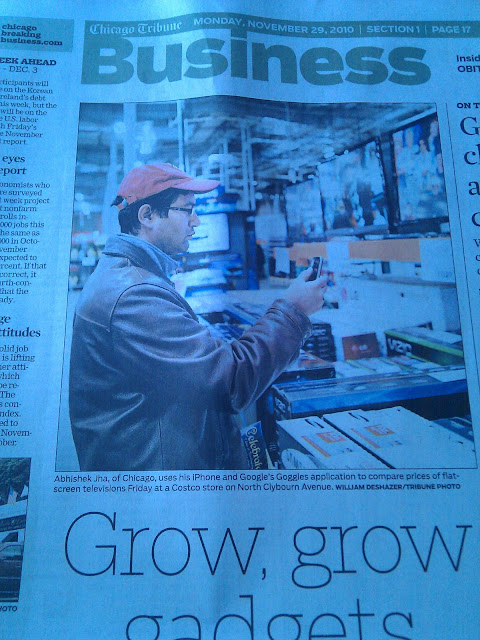 This week, the Chicago Tribune Business Section featured a consumer using his smartphone and Google's "Goggles" application to comparison shop on Black Friday.  I know that apps like Goggles or Google Shopper have changed the way both Nat and I shop.   We're not alone in doing this, but we without question "shop" while we're waiting to check out.  Or...sometimes even earlier when we're in the aisle looking at the product.  More often than not we're doing this with toys for the Babe as we don't really know the market price for such things and we don't do A LOT of research for them ahead of time. I think that's probably the future of buying things like this:  wander the store, find something interesting and use your phone to see if you can find it cheaper.  For major purchases, you'll probably do your research ahead of time and go to the story ONLY if you know it is the best deal.

Google published some research recently (which...of course...I can not find) that speaks to this trend by saying that a significant percentage of shoppers are doing the exact same thing:  price comparisons via smartphone while they're in store.

In places like Costco however, their aren't comps to shop against.  I'm sure a "per unit" comparison isn't too far behind, but for now I'm just going to have to hope that when I buy 5,000 napkins in a pack, I'm getting a sweet deal.
daily google shopping