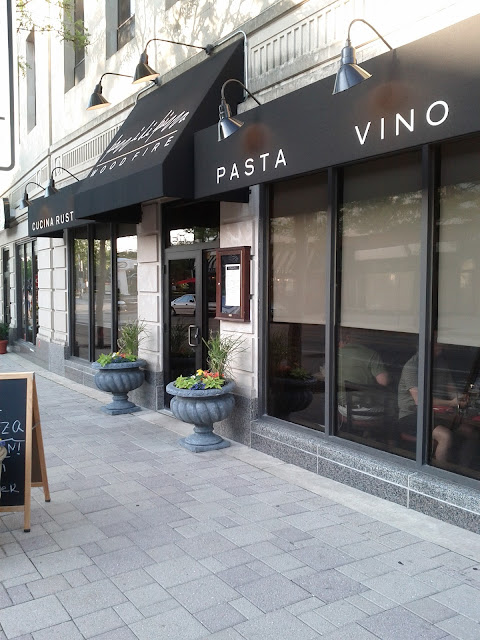 Last week, Nat the Babe and I went out to give Pazzi di Pizza a try.  It has been open for a few weeks and there's a bit of a buzz about the place.  I've heard from others that they went or are going, so the word-of-mouth is working for them. But, while they're clearly working to get the kinks out of their operation, the place shows some promise. They'll need to improve the main event - the pizza pies - but they're not that far off.

It wouldn't be a wood-fired pizza place if I didn't spend a few minutes snooping around the pizza-making station.  These guys are hand-stretching the dough for each pie on the spot, topping them and getting them in the oven fast. 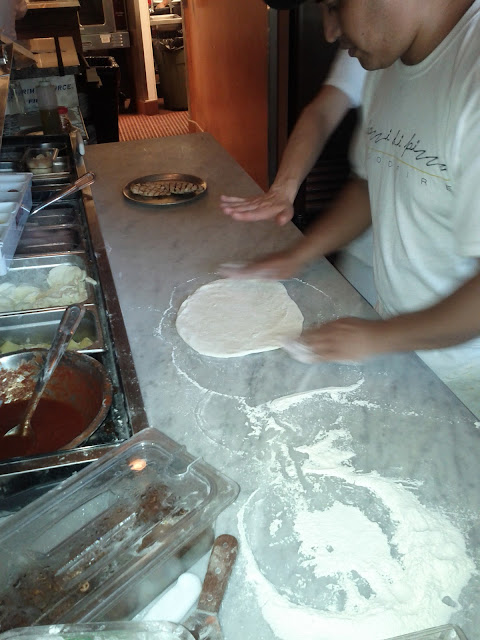 The pizzaiolo said he only likes to put one or two pies in there at a time and keeps the oven at a fairly low temperature (600 degrees).  He said he keeps each pie in the over for 3-4 minutes - which is pretty long for this style. 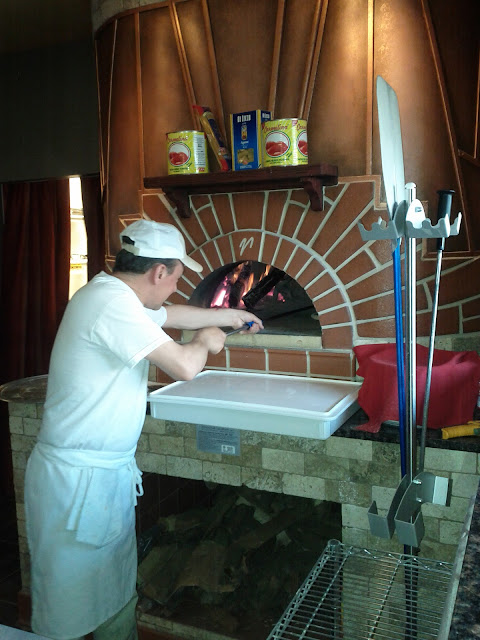 Nat and I each ordered our own pizza.  She picked a make your own with mushrooms and spinach.  It was ok. 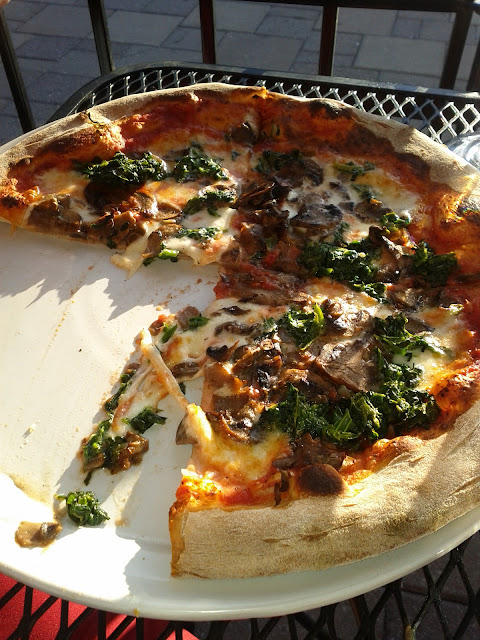 I went with the Diavola  - which is  spicy pepperoni and crushed red pepper.  It was very hot, but good. 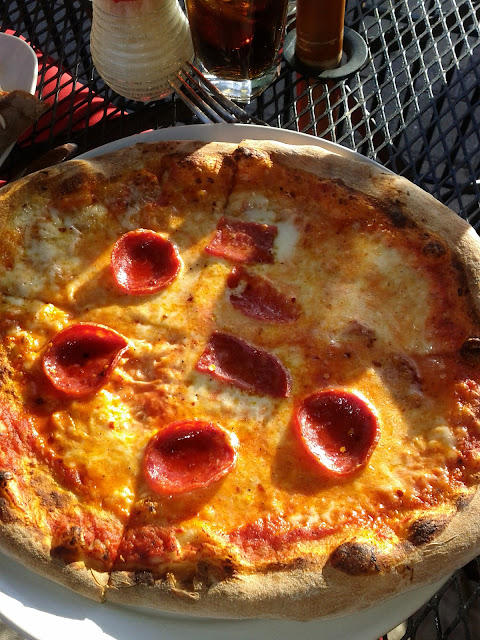 Unfortunately, the bottom of the pie didn't look as good as the top.  As seen in this up-skirt photo, there's very limited char on the bottom of the skin.  Which, when thinking about how long he cooks these pizzas is a bit of a disappointment.  I don't mind a little bit of black on top if you're going to give me some texture on the bottom. 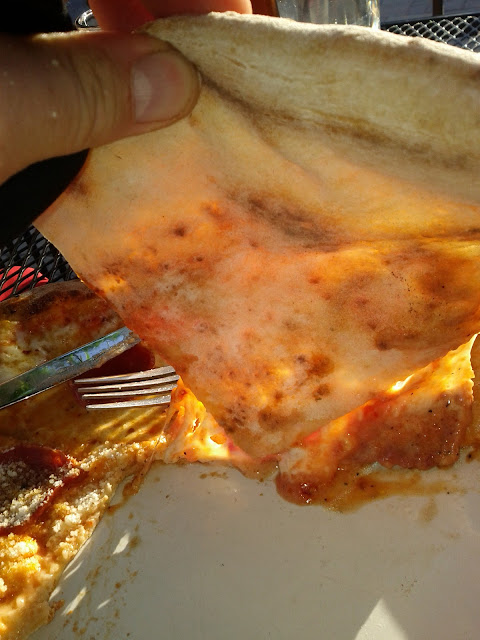 We'll be back, but hopefully by then, they'll have figured out the oven and can give us a better up-skirt.  Based on the size of the crowd (it was full and it was a Wednesday), this place should be successful and stay open for a while.  The staff seems to be made up of a lot of authentic Italians -which adds to the vibe of the place.  And the owners have made a pretty signficant investment in getting the restaurant up off the ground.

The real question is what will close in downtown Elmhurst.  Might there be one too many pizza joints down there now?  Who's going to fold first?  Pizza Palace?  Armand's?  I hope not, but it isn't unforeseeable.
daily downtown elmhurst elmhurst city center pizza