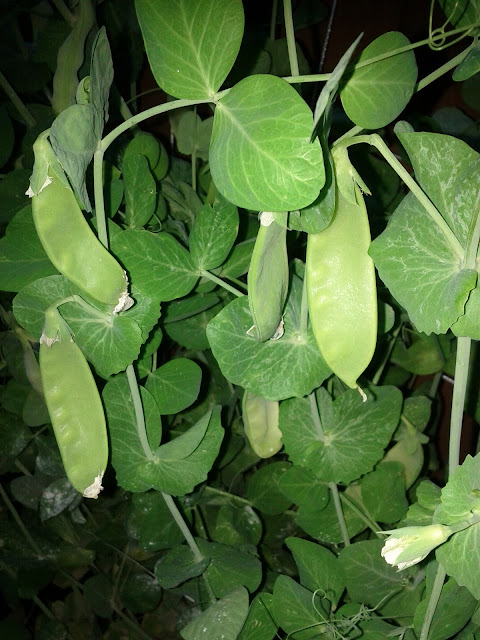 I decided to put down a set of Sweet Pea seeds in the garden this year as a way (mostly) to rotate some crops around and introduce some new items to the garden.  I didn't have a lot of expectations for these, but I'm starting to come around on them.  The plant has sprung up A LOT of pea pods and as they begin to 'uncurl' and fill out the peas, I'm starting to see some promise in them.  One big upside of these is that they're coming in early enough that I'll be able to (possibly) replace them with a later early autumn crop like some beets, a lettuce or two or maybe even something like broccoli.

Nat has to figure out something to make with these guys - probably one of her go-to recipes that is a Trader Joe's stir fry.  This time, we'll be able to supply the pea pods.
daily garden gardening peas