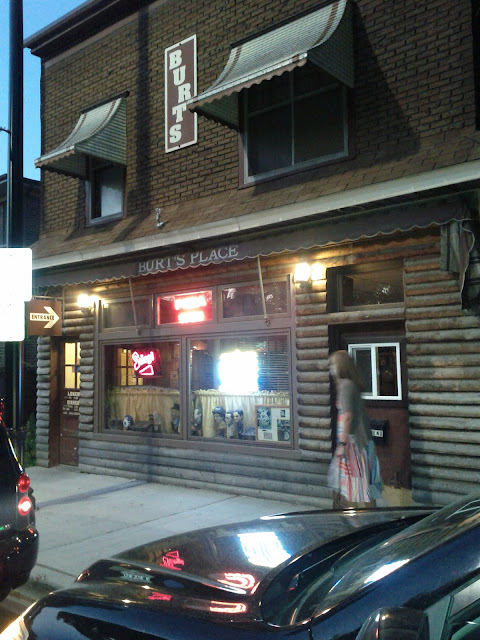 Plenty of ink has already been spilled on Burt's Place and the delicious pizza Burt himself serves up, so I won't go into a long-winded review.  I *will* however tell you that Burt's is the place that we'll be bringing our out-of-town guests when they say that they want to eat deep dish pizza.    As most of you folks know, my preferred pizza is a thin crust tavern-cut crispy pizza.  NOT deep dish.  I'll eat it, but I prefer others.  There are just a few Deep Dishes on the list, but Burt's does NOT take the top spot in my mind.  That still is held by Louisa's in Crestwood.

If I had to sum up this place in one word, it would be:  Character.

The place has character.
The guy (Burt!) is a character.
And...most importantly:  The pies have character.

We followed the rules and called the kitchen at about noon the day we went to pre-order our pie.  Within 10 minutes of walking in the door, this beauty arrived.  Have Spinach (the house recommendation) and half Sausage and Pepperoni (my baseline pie). 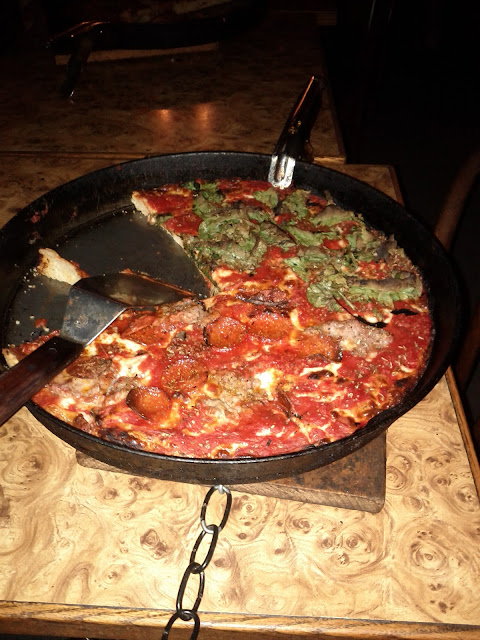 Burt is the pioneer of the 'carmelized crust' and started it at Pequod's before selling the joint off.  He's doing much the same here at Burt's but either he was just a bit off his game, or he's toned his carmelization down a bit because the stuff at Pequod's is better and there's more of it.  Nat and I both liked Pequod's crust a bit better.  And..the funny thing is that *this* is the guy who invented that?!?! 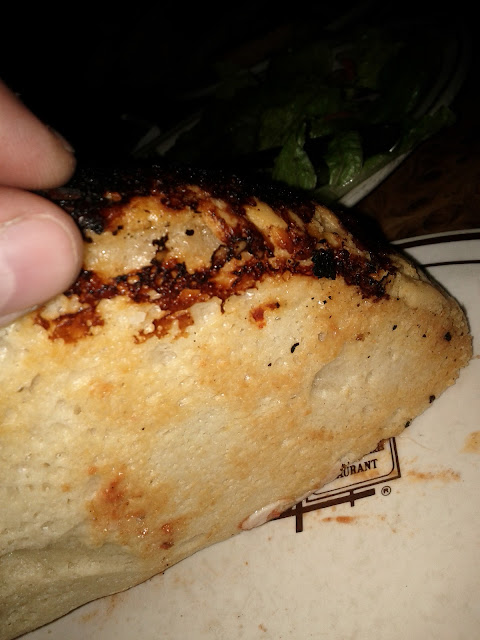 We were offered to "sit anywhere" when we got there.  There was a few small parties and one rowdy one.  There were 3 or four booths open.  Having watched the Anthony Bourdain review of the place that morning (YouTube Video here), I knew we had to sit in the same booth he did!  Here's Nat sitting in the 'Bourdain Booth' as we called it. 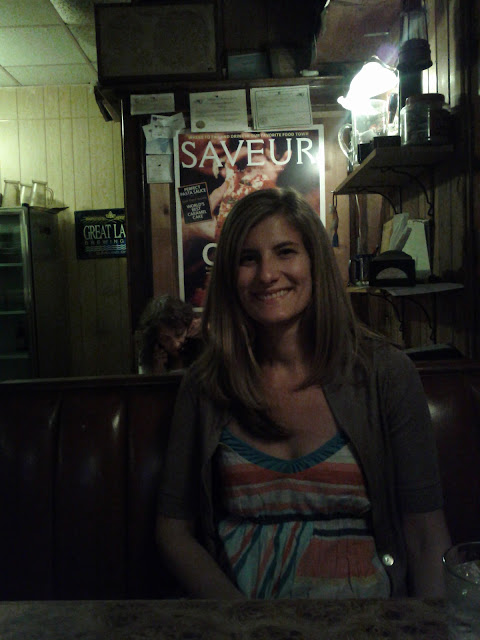 Burt himself cooks every pie and his wife (who's EXTRAORDINARILY NICE if not a bit too nice) works the front of the house.  Like an old-grey ghost, Burt appeared a few times to make small talk with some folks. 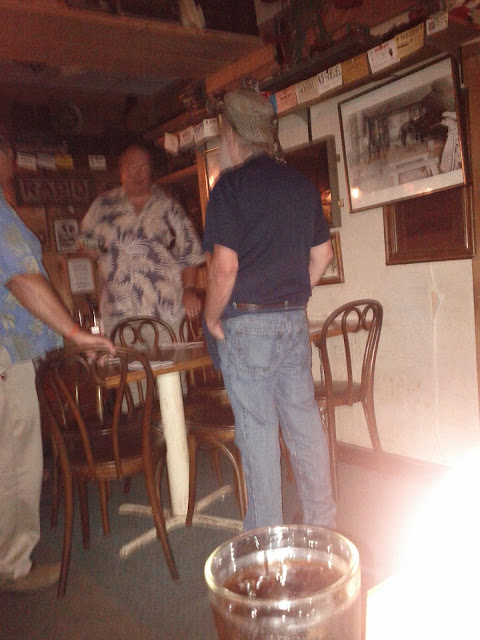 If you're going to Burt's, make sure you bring cash.  No Credit Cards accepted! 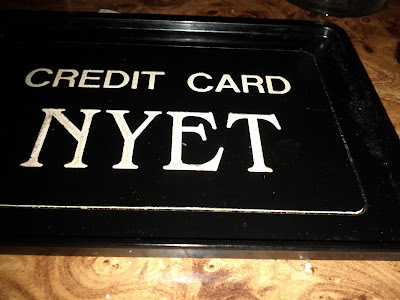 And...like I said:  this isn't my favorite deep dish (Louisa's!), but Burt the man cranks out great pies and he has his devoted followers.  Consider us some of them. 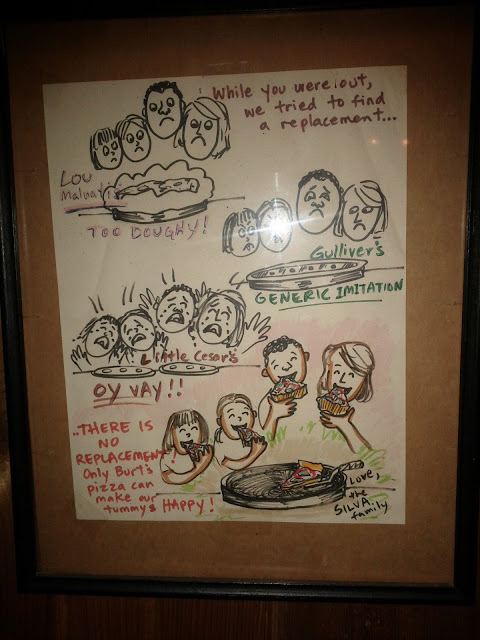