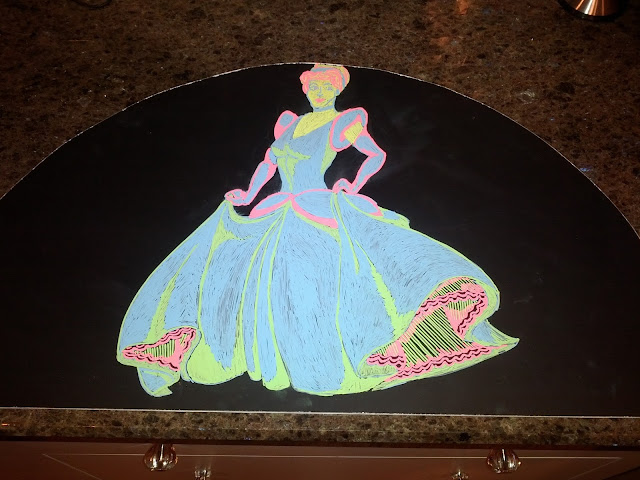 Over the weekend, we were lucky enough to have the Babe's Aunt Cici and Uncle Bill look after her for a night so Nat and I could go out to see our good friends off to Austin Texas.  While we were out, Uncle Bill got creative and - with chalk markers - drew this masterpiece on this piece of chalkboard that sits atop the Babe's puppet theatre.  Pretty spectacular stuff and this will probably be the second 'temporary' drawing that Bill has made that Nat will want to be made permanent via the use of lacquer or something.
art daily family uncle Bill