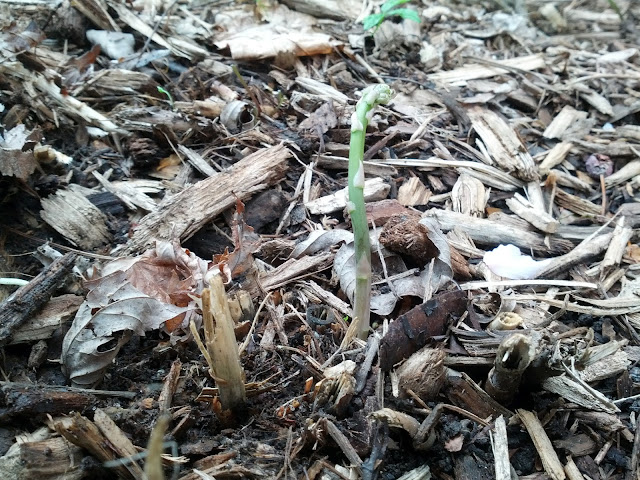 See that little green guy in the middle of that photo above?  That's the first asparagus stalk of 2012 popping up through the mulch.  Last year, we were  able to harvest a few stalks (see a post here).   That's from May 11th of 2011, so depending on how fast this stalk shoots up and grows out, we're probably a few days/weeks early - as expected.  The Farmer's Market starts soon and they *always* seem to have asparagus their opening weeks, so maybe a cold frame would have moved this along sooner?  Either way,  hopefully we'll get a big bunch of stalks to grow up at the same time, so we can make a meal or two out of the harvest this year.
backyard daily gardening