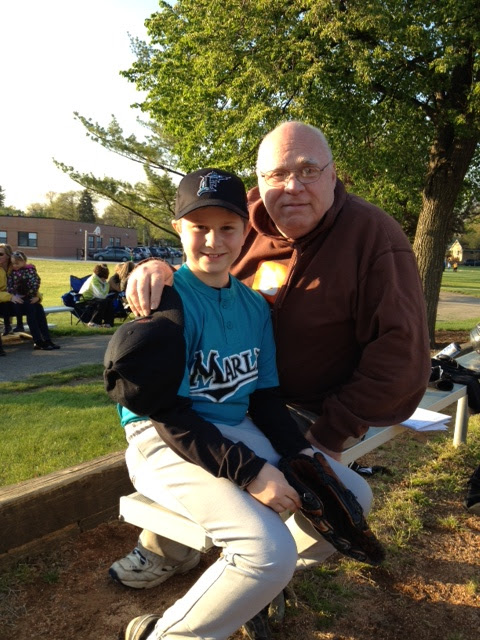 That's my nephew in the Marlins uniform (and my dad in the Blogger hoodie!) right before he took the field for the first game of his little league season in Elmhurst.  They live down the block from us and while he plays hoops, football and soccer, he told me over the weekend that baseball was - by far - his favorite sport.  He's pretty good at it, too!

He was the opening day starter on the mound and (from what I heard) while he didn't get a decision (left after giving up 2 runs mostly on walks), he did get two K's.  Pree-tay, pree-tay, pree-tay great.
baseball elmhurst family nephews