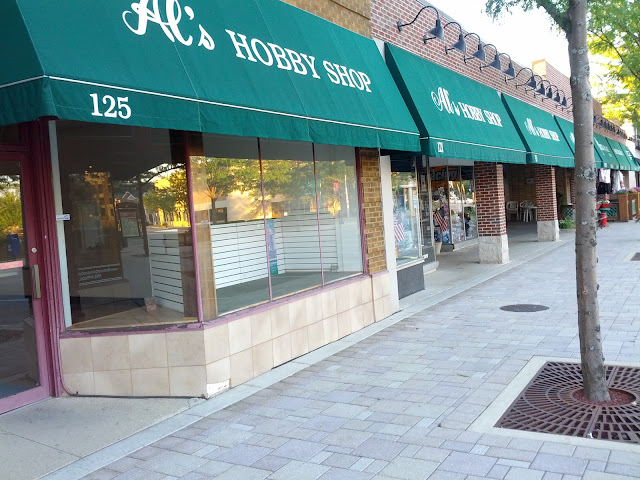 Al's Hobby Shop, a mainstay in Downtown Elmhurst is shrinking a bit.  The store's awnings currently cover three store fronts.  121, 123 and 125 Addison Street.  They kept their model trains in the 125 store - separate from other things - but that space is now vacant.  When I walked by this morning, I couldn't tell if the trains had moved into the other stores, but I've been in there before and they were packed then, so it will be tight if they consolidate.  I have to believe that the Lionel and MTH stuff sells.  Maybe just at Christmastime, but there aren't many places where you can find it, so I'm assuming that Al's cleans up from those involved in the hobby.
daily downtown elmhurst elmhurst Elmhurst City Centre real estate