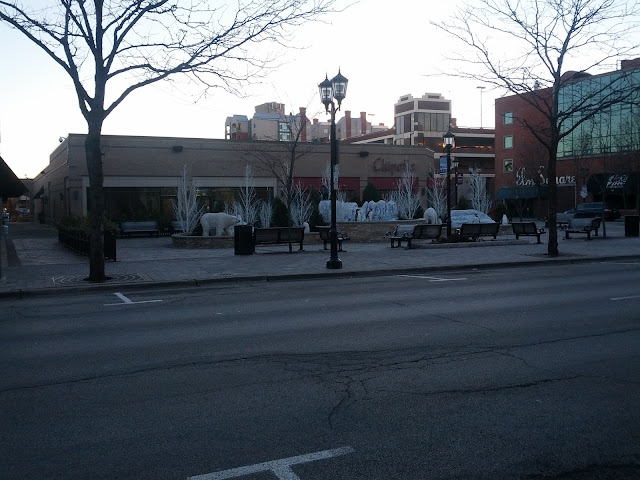 See that storefront right where Fresco's used to be - next to Chipotle?  As we learned this week from the State of the City address, we're getting a Meatheads Burger joint.

That will be (by my count) our fourth higher-end burger place.  First there was SmashBurger on St. Charles.  Then Back Alley Burger opened across the street.  Then Hamburger Jones opened up down on York Road near the Prairie Path.  And, now Meatheads.

Don't get me wrong, I don't have any problem with burger joints and if someone is willing to take the risk to open a business, especially in our downtown City Centre, I applaud them and wish them well.  I'll likely even go a bit further with Meatheads and try to support them with my business.  Unfortunately, it appears that their menu doesn't include Turkey Burgers (nor veggie burgers), but they do have chicken sandwiches.  If they had a strong Turkey Burger, both Nat and I would be all over them.

When I walked by on the way to the train this week, it looked like they were doing some serious construction/remodeling.  Guessing they're more than just a few weeks away from opening.  The summer months are going to be big for them as the fountain area outside their store is quite the community gathering spot.
city of elmhurst daily downtown elmhurst Elmhurst City Centre real estate restaurants