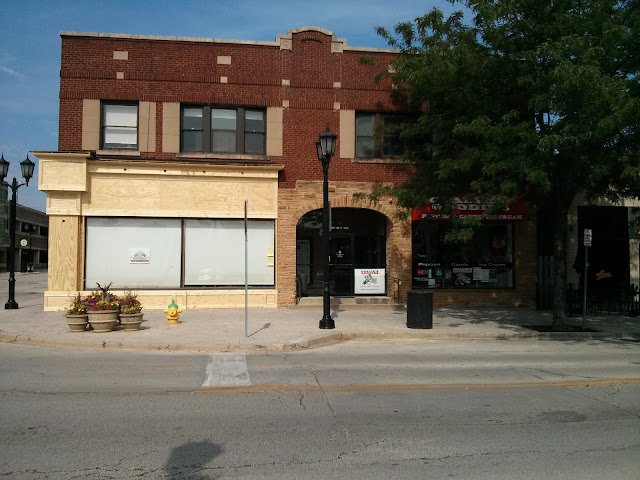 We walked to Church this weekend down York Street and saw the exterior construction that was going on in the old Smoothie Factory space.  You'll remember the Smoothie Factory closed back in April after a number of years in the location.

Really glad to see an entrepreneur give it a go in our City Centre.  And I'm even more pleased that it isn't a nail salon or "Cash for Gold" franchise location.  Also glad to see the landlord make the necessary investment in the building.

The exterior work on the building looks to be enhancing the facade - which is really nice.  Based on the story on the Elmhurst Patch, it looks like we're getting something called the Fulla Bologna Old World Delicatessent.  They have a site up, but don't give much detail on what they're offering.

I'm hoping that they'll do a great job on sandwiches and IMPORTANTLY....have a killer giardiniera to go along with them.

As for the name, a commenter on the Patch pointed out the spelling issue.  And was quickly corrected that it was intended to be cute.